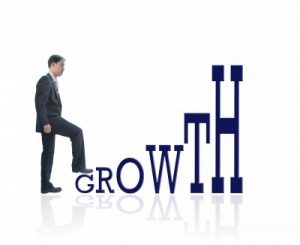 Boston, MA – Walsh Brothers, Incorporated announced today the promotion of the following senior executives to align with the firm’s growth and focus on client service and emerging technologies.

Bradley Forrest has been named Vice President and Chief Operating Officer. Mr. Forrest will be responsible for operations and strategic growth of the company and will report directly to Richard C. Walsh, President and Chief Executive Officer of Walsh Brothers. With 20 years of experience in the building industry, including 15 years in the Longwood Medical Area of Boston, Mr. Forrest is highly regarded as a manager, builder, and preconstruction leader in the private, institutional construction segment. Mr. Forrest started his career in the field and has advanced through every level of building operations on large-scale, complex construction projects for major health care clients including Massachusetts General Hospital, Dana-Farber Cancer Institute, Boston Children’s Hospital, and Brigham and Women’s Hospital. His track record of success on challenging institutional projects around the region demonstrates his leadership strengths and commitment to the client. Brad’s collaborative approach combined with his field experience and technical skills have allowed him to deliver innovative preconstruction solutions resulting in unparalleled project value. Mr. Forrest holds a BS in Civil Engineering from Worcester Polytechnic Institute and a MBA from the McCallum Graduate School of Business at Bentley University. Brad holds a Class ABC Builder’s License in the City of Boston. He lives in Westminster, MA with his wife and two children and is an avid hockey player and youth coach in the community.

Jim Lyons has been promoted to Vice President of Construction Services. In his new role, Mr. Lyons will be responsible for all aspects of construction operations including overseeing company protocols involving project management, labor relations, contracts and safety. Having spent three decades managing a multitude of health care, academic, and other institutional building projects throughout the region, Mr. Lyons is highly regarded among his industry peers and has worked on notable projects such as Boston Children’s Hospital Clinical Expansions and the new Spaulding Rehabilitation Hospital in the Charlestown Navy Yard. Mr. Lyons holds a Bachelor of Science in Civil Engineering & Engineering Management from Tufts University.  Mr. Lyons lives in Franklin, MA with his wife and three children.

Jim Guiry has been named General Superintendent. Mr. Guiry will be responsible for the communication among Walsh Brothers’ team of Project Superintendents to ensure that the support network, including carpenters and laborers, is equipped to successfully complete all field activities. Mr. Guiry will play a pivotal role between upper management and multiple field staffs throughout the entire building process, preconstruction planning through project completion. With a background in carpentry, Mr. Guiry, will leverage his first-hand knowledge of having spent his entire career coming through the ranks to facilitate better communication and solve complex building challenges. Mr. Guiry has worked on many unique projects around the region including the state of Massachusetts’ first  “Zero Net Energy Building” at North Shore Community College and Major League Baseball’s largest off-season project at Fenway Park. Mr. Guiry is a graduate of Bunker Hill Community College and lives in Middleton, MA.

James Brosnan was promoted to Vice President and Chief Financial Officer. After six years at Walsh Brothers, Mr. Brosnan is responsible for all corporate finance matters as well as Information Technology and Human Resources. Mr. Brosnan is a CPA with 20 years’ experience. He previously held various senior level finance positions at Perini Corporation, an international publicly traded construction company. Currently he is a board member of the Construction Financial Management Association and is a graduate of Merrimack College with a BSBA degree. Mr. Brosnan lives in Milton, MA with his wife and two sons.