Portland, ME – Downtown Portland has an eye-catching new entertainment venue on the corner of Center and Free streets. Aura (formerly Asylum) opened in late April to enthusiastic reviews. 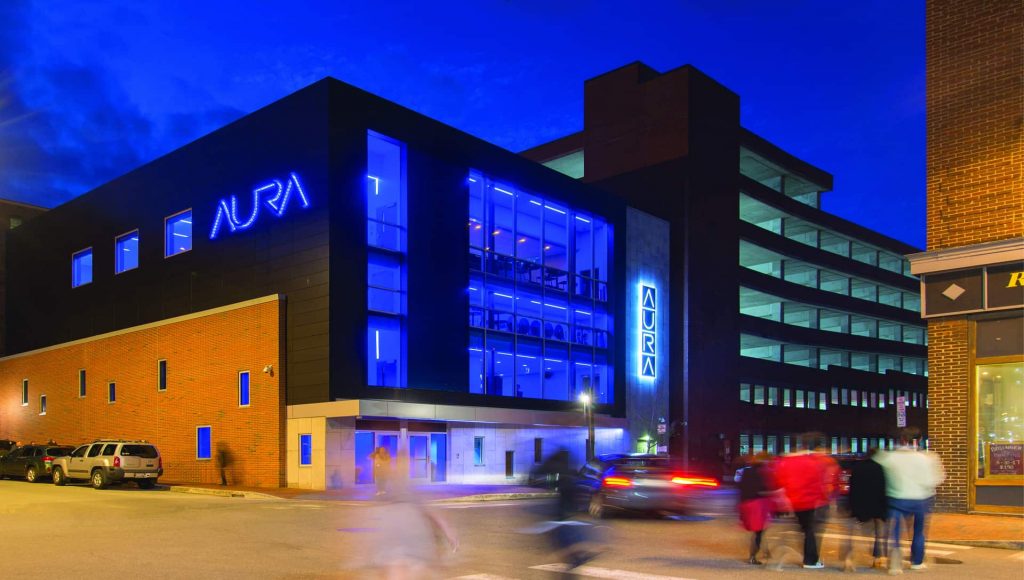 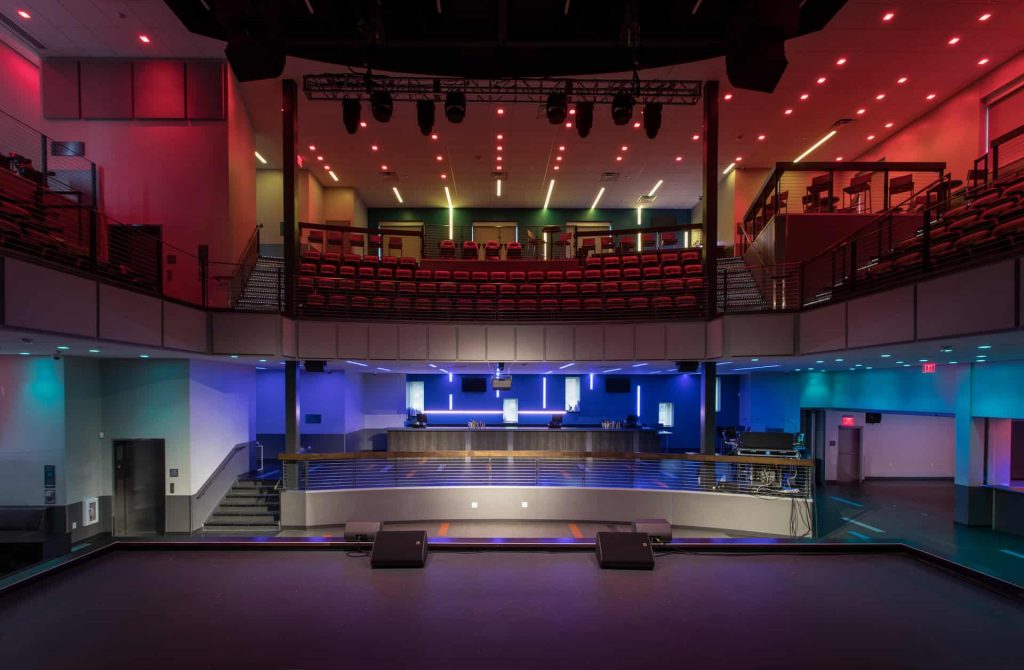 The reinvented, rebranded venue, designed by WBRC Architects Engineers and constructed by Consigli Construction, emerged from the renovation and expansion with a 1,000-person capacity, nearly double its former size. Aura now offers state-of-the-art production capabilities and a variety of upscale function rooms characterized by sophisticated interiors and sexy lighting, along with renovations of its popular sports bar and basement dance club.

The addition of two stories allowed the design team to create a new balcony level that offers a combination of fixed seating and standing attendance, as well as additional restrooms and a bar. Combined with the main level, Aura can now accommodate up to 1,000 people, increasing the number of national touring acts that the venue is able to host.

Other key members of the project team included Allyson Wyand, WBRC interior designer; a full MEP, civil, and structural engineering team from WBRC; and concert promoter and consultant Alex Gray. Some of the diverse acts the Aura will host this year include Good Charlotte, Ted Nugent, Buddy Guy, Wynonna Judd, and UFO.

Aura is being hailed by concertgoers for its outstanding acoustics, and it’s also being praised by neighbors for its impressively low level of sound leakage during events. “The design team did a great job of creating excellent sound quality that stays inside the building,” says Rob Frank, WBRC’s commercial studio director.

Even those who simply walk by Aura during an event feel like they are part of the action, thanks to a multistory window wall that allows people to see into and out of the venue at night, a feature WBRC project architect Jocelyn Boothe calls “a lens into the space.”