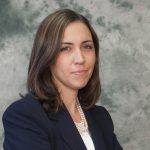 West Newton, MA – The Boston Chapter of the National Electrical Contractors Association (NECA) announced that Kristen Gowin has been selected as assistant chapter manager. She comes to the chapter from the national office of NECA, where she served as the director of government affairs, promoting the association’s position as a leader in the electrical construction industry in the legislative, regulatory, and political areas.

Gowin has focused much of her time and expertise building and maintaining relationships to advance multi-employer pension reform, improvements to the Affordable Care Act, and a renewed effort addressing comprehensive tax reform. She is also an expert in several key issues including misclassification of independent contractors, project labor agreements, and prevailing wages.

Prior to joining NECA, she worked at Mercury Public Affairs as a legislative assistant. During the 2008 election cycle, she moved to Washington, D.C. to launch her professional career at Public Opinion Strategies, a political polling firm.