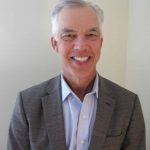 Waltham, MA – The Massachusetts Life Sciences Center (MLSC) announced that Governor Deval Patrick has appointed Peter Parker, president of BioInnovation, to the MLSC Board of Directors.

The MLSC’s seven-member board, appointed by the governor and co-chaired by secretaries Gregory Bialecki (Housing and Economic Development) and Glen Shor (Administration and Finance), oversees the agency’s operations and programs.

For the past three decades, Parker has dedicated a significant amount of his time to early stage company foundation, funding, and growth and he has been an equity investor in over 30 companies.

He managed worldwide R&D at AMAX Inc., a Fortune 50 industrial company, and has played a major role in the Greater Boston/Cambridge healthcare start-up community for the past eight years.

He has served as president of BioInnovation, LLC, a Cambridge-based provider of start-up capital and services to life sciences companies, since August 2010. In 2012, he became one of three co-founders of LabCentral, Inc., a new nonprofit for companies that need shared laboratory space in Kendall Square.

Parker also currently serves as a senior advisor to Ampersand Capital Partners, where he previously served as a general partner from 1988 to 2006 and helped launch their healthcare franchise.