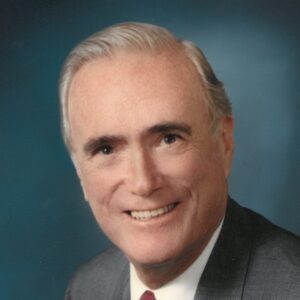 In 1960, Marr began his 60-year career with the Marr Companies. He was primarily involved in business operations with a focus on finance, management and sales. For decades, he was instrumental in guiding Marr through a period of steady growth until he retired as chairman of the board in 2021, according to the firm’s representatives.

Marr previously served as Massachusetts Building Congress president. He also founded, along with his brother Daniel Marr, the Colonel Daniel Marr Boys & Girls Club in Dorchester (later renamed the Boys & Girls Clubs of Dorchester) in 1974. Additionally, he has contributed his talents and financial support to many charitable organizations dedicated to housing, feeding and educating those in need.

A Mass of Christian Burial will be celebrated at Saint Agatha Church in Milton, Mass. on Aug. 17 at 10:30 a.m. Family and friends are invited. Visiting hours will be held at the church on Aug. 16 from 4:00 – 8:00 p.m. Burial to follow at Saint Joseph Cemetery in West Roxbury.

In lieu of flowers, donations can be made to The Boys and Girls Clubs of Dorchester. Messages of condolences may be placed at www.dolanfuneral.com.