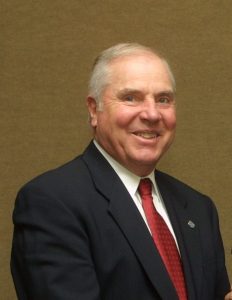 Hanover, MA – John A. Penney, founder and chairman of John A. Penney Company,  Inc., and a prominent member of the National Electrical Contractors Association (NECA) and the electrical contracting industry in Greater Boston, passed away on Oct. 31.

Penney entered the electrical industry in 1955 as an apprentice in the IBEW Local 103 apprenticeship program.  He went on to become a master electrician, foreman, estimator, and project manager, prior to founding John A. Penney Company, Inc. in 1973, when he also joined the NECA Boston Chapter.

Penney’s commitment and contributions to positive labor-management relations in Greater Boston, New Hampshire and Maine is unsurpassed, having served on and chaired dozens of negotiating committees with IBEW Locals 103, 567, and 1253.  He also served as management trustee on the IBEW Local 103 Trust Funds, and as chairman of the Boston JATC.