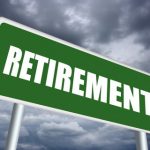 William Cianci, who has been executive director of the Construction Institute at the University of Hartford for 28 years, recently announced that he will retire from that organization, effective December 31, 2014.
“We are sad to lose a friend, colleague and person of Bill’s stature, but we celebrate his 28 years of outstanding leadership of this organization,” said Kathy Cowles and Peter Hentschel, co-chairs of the Construction Institute’s board of directors, and Tom Dorer, vice president and general counsel at the University of Hartford, in a statement.
“During Bill’s tenure as executive director, the Construction Institute experienced tremendous growth in membership, in recognition as a leader in the collaboration of the design and construction professions, and in its provision of high quality programs and services for its members. Under Bill’s leadership, the Institute has provided invaluable opportunities for professional development and networking for thousands of professionals who contribute to the design, construction, and operation of the built environment,” the statement said.
The University of Hartford and the Institute’s Board leadership will be working diligently in the coming weeks to conduct a search for a successor executive director of the Construction Institute, said Dorer. A search committee will be formed with representatives from the Institute and the University and Dorer said that he expects that the committee will begin its search in August, in the hope that a new executive director will be identified before the end of the year in order to ensure a smooth transition of leadership.
“Although Bill’s shoes will be difficult to fill, we are confident that we will be able to find a strong individual to lead the Construction Institute to even greater levels of growth, achievement and service to its members and to the design and construction industry,” Hentschel said.
University of Hartford president Walter Harrison praised Cianci’s record of service to the University and the design and construction industry.  “Bill creative leadership has been a tremendous asset to the Construction Institute and its members.”
During his tenure, Cianci fostered innovative, leading-edge Institute offerings such as the Visionaries Forums, the annual Major Program series, the CI BIM Council, and instructive workshops and certificate programs in response to current industry technologies and trends. He worked tirelessly to build the Institute’s Owners Council, which has resulted in powerful relationships with such organizations as the State of Connecticut and local municipalities, as well as major manufacturers, utilities, media companies, colleges and hospitals.
Working with countless member volunteers, Cianci helped the Construction Institute expand its reputation and impact from the Greater Hartford area to the entire state, the Northeast and beyond.