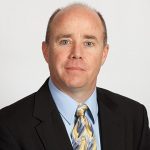 CBC Chooses Culkin, ABC CT Chooses Juhasz Farmington, CT — The Connecticut Building Congress (CBC), Connecticut’s premier networking organization for contractors and related professionals, has appointed KBE Building Corporation’s vice president of preconstruction & estimating James Culkin as a 2017 member of its Board of Directors. He has more than 26 years of field construction experience, and has been with KBE since 1996, and oversees preconstruction and estimating services for all of KBE’s projects. 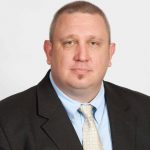 In addition to Culkin’s appointment, the Associated Builders and Contractors, Inc. – Connecticut Chapter (CT ABC), has appointed Charles Juhasz, mechanical/electrical/plumbing specialist at KBE, as the newest member of the construction education center Board of Directors. Juhasz has been with KBE since 2010. He has 27 years of industry experience and holds an E-2 Unlimited Electrical Journeyman license.

CT ABC is a membership association representing merit-shop contractors, who comprise more than 80% of Connecticut’s construction industry. The merit shop philosophy espouses that all construction contracts should be awarded to bidders based on merit, regardless of the company’s non-union or union affiliation.

Culkin’s appointment was announced on June 10 at the Project Team and Scholarship Awards Banquet, at which KBE also won the Project Team Award, K-12 Schools category, for its work on Carrington Elementary School.