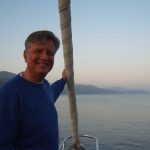 I had the pleasure of attending the “Building Blocks: An introduction to Boston Architecture” on August 18, held by the Boston Society of Architects (BSA).

This was a session of the popular crash course on Boston’s architectural history, led by Boston University professor of American and European architecture Keith N. Morgan, who was able to cram an enormous amount of information into the hour long session.

When thinking of the  early architecture of Boston, one is reminded of the Old North Church, the Paul Revere House, and the Bunker Hill Monument to name a few.  Prof. Morgan, pointed out that it is our history that has architecturally shaped Boston. He told about  the Pemberton, Beacon, and Mt. Vernon hills  being leveled and the fill used to start the shape of Boston, It made one wonder if anyone was thinking ” the first big dig!”

Boston is the most reworked city in the U.S. with ¾ of its land mass being artificial. Prof. Morton showed a map of  the city,  then and now, and compared it to the grids of other U.S. cities such as Philadelphia, Williamsburg and Washington D.C.  The differences were astounding with Boston’s grid being, as he put it,  “schizophrenic. ” A must see!
Boston has had a lot of firsts. The first architectural planning school, hotel and triple deckers (or three deckers, depending on who you ask), to name a few.

If you haven’t taken a walk inside of the BSA to view the “Urban Timber from seed to city“  now on view, it is worth a look.

It was a very informative and entertaining evening and I would highly recommend the next session to anyone.

The Boston Society of Architects, a non-profit professional service organization, was established in 1867.