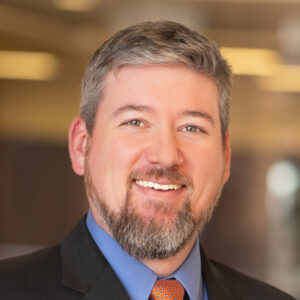 Boland is a registered engineer in multiple states with over 18 years of experience in the management and design of mechanical systems. He has worked for clients including Brigham & Women’s Faulkner Hospital, Dartmouth-Hitchcock Medical Center, Boston University, and the Department of Veteran’s Affairs.

He originally started as project engineer at F&T and quickly rose through several engineering positions to director of mechanical engineering. Over the years he has mentored staff of all levels and developed valuable personnel management skills. During his tenure at F&T, the mechanical group has increased more than three-fold.

“I am happy to congratulate Terry Boland on becoming a shareholder of F&T,” said Ted Fitzemeyer, CEO. “He has been with the company since 2009 and has been an integral part of our growth. Terry’s dedication and expertise has led him to rise through the ranks to his current role as director of mechanical engineering/shareholder. I am pleased to see him take an increased leadership role in the future of F&T, and I know he will continue to be a leader in the engineering community, healthcare and life sciences industry, and for our clients.”