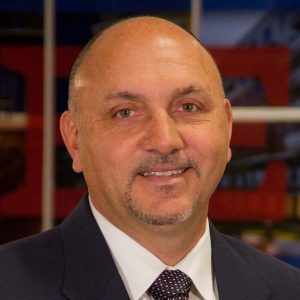 Farmington, CT – Antonio (Tony) Mancini, KBE Building Corporation principal and VP of field operations Northeast region, was recently nominated and selected to serve as a member of the Waterbury Regional Chamber of Commerce board of directors. His term is for three years and started on April 17.

“I am honored to have been invited to join the board for the Waterbury Regional Chamber,” said Mancini. “I am excited to see what we can accomplish together and to help make a significant, positive impact on the region.”

Some of  Mancini’s most notable projects at KBE include the 60,000sf renovation and 45,000sf addition to the consolidated public works facility in Waterbury, the recently completed one million sq. ft. SoNo Collection lifestyle center in South Norwalk, and the 188,859sf Litchfield Judicial District Courthouse in Torrington.

“Mr. Mancini was invited to join the board because he is a member who has shown interest in the chamber, and in particular, in our public policy and economic development goals and objectives,” explained Lynn Ward, president and CEO of Waterbury Regional Chamber, Watertown Oakville Chamber, and Naugatuck Chamber of Commerce. “Further, we value Mr. Mancini’s leadership and active role that he has taken in our annual golf outing and other chamber activities.”

The Waterbury Regional Chamber is dedicated to strengthening the regional economy by serving its members as a network, resource, and advocate. The chamber’s mission is to create strategic partnerships and alliances between businesses and their markets and to speak and act on their behalf on matters of public interest.