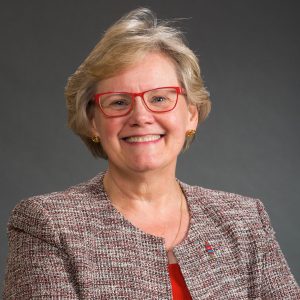 Nitsch led the company as president from the time it was founded in 1989 until 2011, when Brothers transitioned into the role of president and CEO.  Nitsch continued to serve as chairman of the board until 2016 when Brothers stepped into that role as well. Since then Nitsch has served on the board of directors and worked part-time focusing on client relationships and business development.

Nitsch will remain involved in the architecture, engineering, and construction industry. She currently serves as the vice chair of the board of trustees of the Boston Architectural College and is an emerita trustee at Worcester Polytechnic Institute. She serves on three boards and will also continue to serve on the U.S. Department of State Bureau of Overseas Building Operations’ Industry Advisory Group, performing peer reviews of embassies and consulates around the world, which she has been doing since 2014.

Throughout her career, Nitsch has been committed to mentoring future engineers and entrepreneurs, and to opening the door for female engineers.