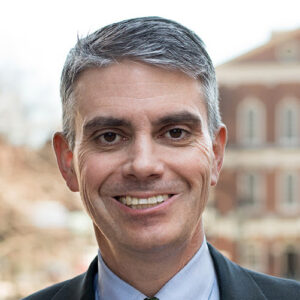 Boston – Boston Planning & Development Agency (BPDA) director, Brian Golden, announced he is concluding his tenure after serving for more than eight years as the chief executive of the agency.

As chief executive, he has managed the biggest building boom in Boston’s history, while ushering in holistic reforms designed to improve how the agency supports the residents of Boston. He focused on improving transparency, accountability, and community engagement, while furthering equitable outcomes throughout Boston’s neighborhoods.

Appointed as permanent director by Mayor Martin J. Walsh in 2014, Golden is the longest serving leader in the agency’s 65-year history. Over the past eight years, he has steered more than 90 million square feet of development approvals through the BPDA’s permitting process. He grew the BPDA’s planning capacity, dedicating the resources and personnel necessary to complete the first general city plan since 1965, Imagine Boston 2030, which the BPDA board formally adopted in 2017.

In 2020, Golden announced the creation of the first ever Office of Diversity, Equity, and Inclusion (ODEI). Today that office is led by a director of DEI and supported by a team of community engagement managers.

“The board has seen firsthand the instrumental work Brian has led to support economic development and new housing opportunities that lift up our communities, while creating a more transparent, accountable BPDA that better serves the people of Boston,” said BPDA board chair, Priscilla Rojas. “On behalf of the board, I thank Brian for his many years of service to our city and wish him the best of luck in his future endeavors.”

“During my time on the board, I have witnessed the transformative impact of Brian’s leadership to create long lasting positive changes that are improving our neighborhoods by creating more opportunities for Boston residents to succeed, and stabilizing Boston’s finances through increased tax revenues,” said Dr. Ted Landsmark, BPDA board member. “I thank Brian for not only his leadership at the BPDA, but his friendship, and am grateful for his commitment to creating a stronger, more resilient Boston for generations to come.”

Golden will continue to serve as director through the end of April.