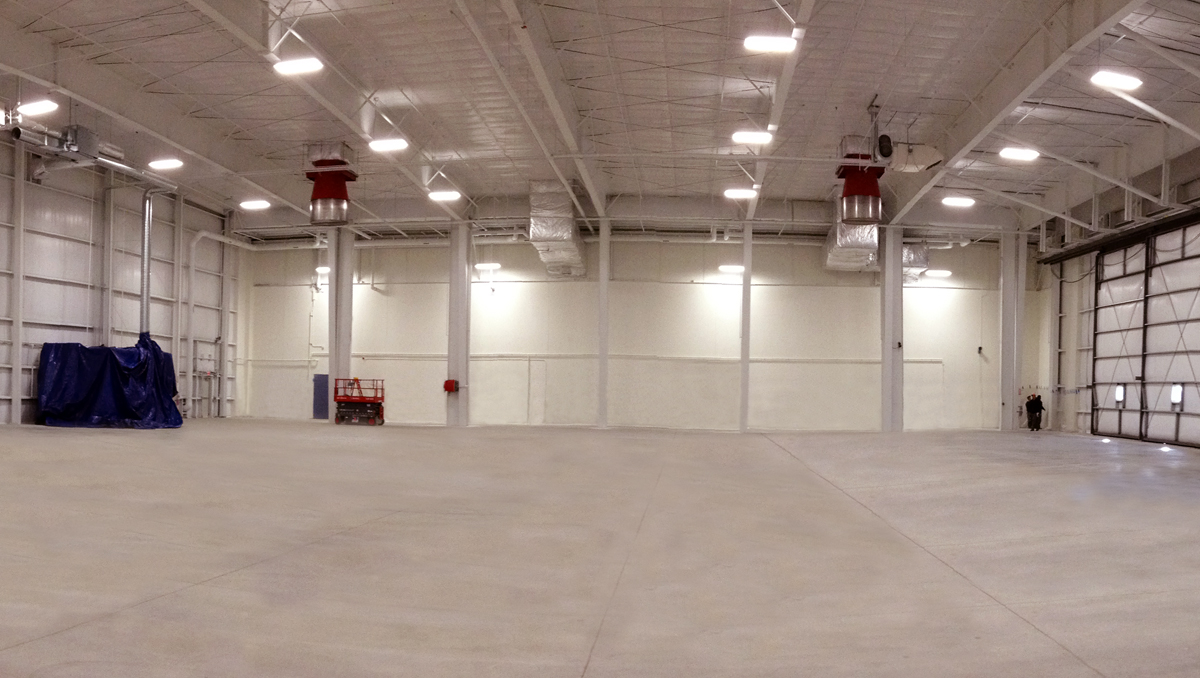 Manchester, NH – PROCON has completed Wiggins Airways’ new $3 million design build expansion that provides a fourth hangar to the general aviation facility. PROCON was the architect and construction manager for the hangar for the project. Wiggins Airways is located at the Manchester-Boston Regional Airport.

The 23,240sf hangar, that is being used for aircraft storage,  is able to accommodate various types of general aviation equipment and is designed to handle multiple aircraft. The pre-engineered hangar has exterior metal panels and a pitched metal roof. The Norco Stack hangar door system measures 28-foot high by 114-foot wide to accommodate a wide variety of aircraft.  The floor of the hangar will be coated with a high gloss white, non-slip floor finish.

Metal clips and expansion joints allow the new hanger to be physically connected to the existing building, while permitting the buildings to expand or contract up to two inches for thermal movement and enable the firewalls to be freestanding.  An internal corridor allows Wiggins Airways’ employees to pass from the hangars to the terminal building without having to go outdoors.

This expansion is the third project PROCON has designed and managed for Wiggins Airways. Construction began in September 2013 and Wiggins  moved the first aircraft into the new hangar in early February 2014.

The exterior landscaping will be completed in the spring.