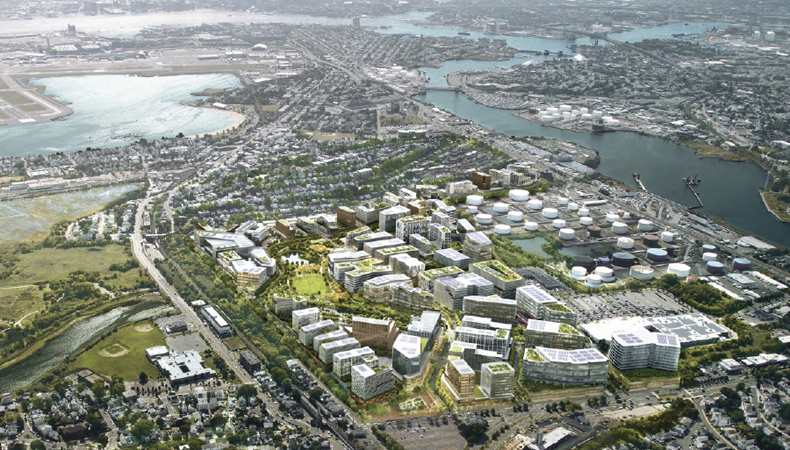 The virtual hearing was the first BPDA board meeting to be held simultaneously in Spanish and Arabic, building upon the inclusive and accessible public review process led by the BPDA over the past three years.

Imagine Boston 2030, the city of Boston’s first master plan in 50 years, identified Suffolk Downs as a place for growth because of the unique opportunity the vacant property presents to create a new transit-oriented, mixed-income area that addresses Boston’s need for new housing.

The project, which spans both Boston and the city of Revere, will create approximately 7,000 residential units, representing over seven million sq. ft., across the Boston portion of the site. More than 900 on-site income-restricted units are included. An additional $5 million housing stabilization fund will support off-site income-restricted housing, bringing the total commitment of affordable housing to 20% of the overall units of which at least 10% will be set-aside for senior housing.

The $5 million housing stabilization fund will be administered by the City of Boston Department of Neighborhood Development to assist East Boston-based nonprofits to purchase existing market-rate housing units and convert them to income-restricted housing units, and an additional $400,000 will assist those who are struggling to avoid eviction.

More than $170 million will be invested in new public roadways, sidewalks, bicycle and pedestrian paths, and water, sewer, and storm drainage facilities throughout the Suffolk Downs site.