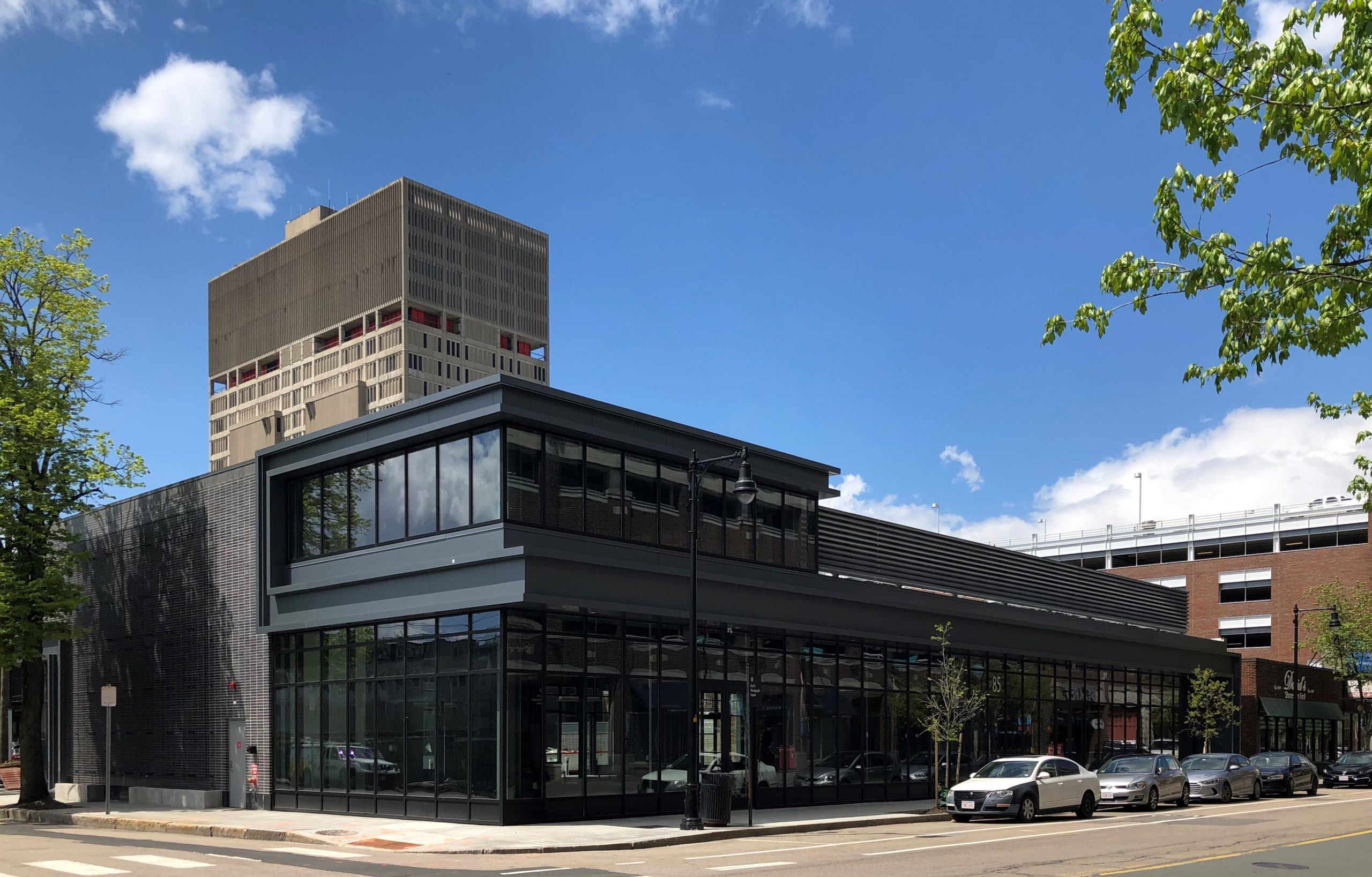 The building, located at 85-95 First Street, was completed in June 2019 with 4,600sf of space pre-leased to specialty pet food and supply store, Loyal Companion. Paint supply store Sherwin-Williams will lease 2,900sf when it relocates from its previous location at 73 First Street, and an undisclosed tenant will lease the remaining 2,500sf upon finalizing negotiations.

Tocci served as the construction manager.

85-95 First Street is the third component of Urban’s $275 million investment in the First Street Corridor. The full development will be comprised of over 250 apartments, 50,000sf of office, 45,000sf of retail space, and 23,000sf of green space upon completion.

Urban Spaces is currently building Kendall East, a mixed-use apartment complex comprised of 136 units, 14,800sf of retail and a half acre of green space located between 121 and 85-95 First Street.

Designed by Perkins Eastman, the project is located within the First Street Corridor across the street from CambridgeSide shopping center within minutes of MIT and the MBTA Kendall Square and Lechmere stations.

“The speed of the lease-up and the valuation of the property are further testament to the strength of the Cambridge market and the First Street Corridor,” said Paul Ognibene, CEO of Urban Spaces.

The deal was brokered by the Conviser Property Group.