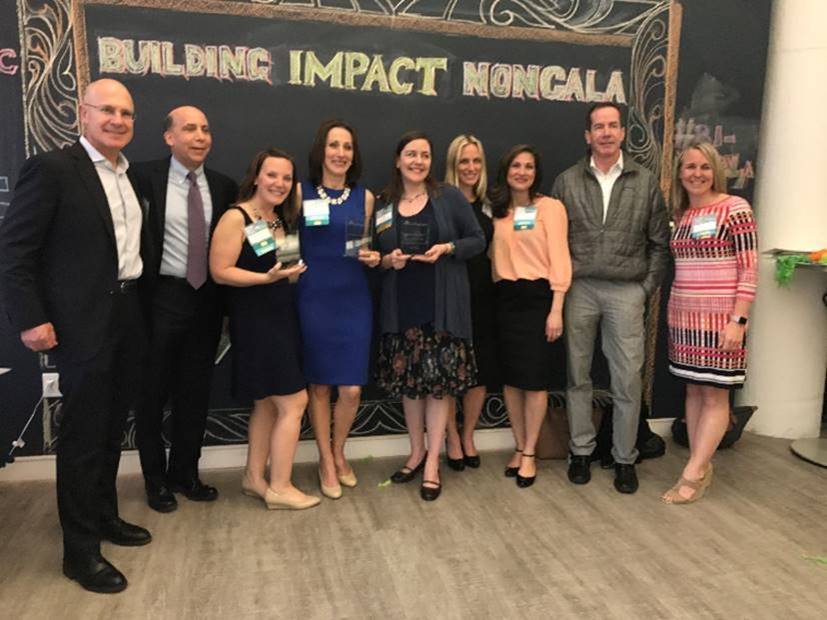 Designed by Ankrom Moisan Architects, Park Fifth boasts a 360-degree-view rooftop deck with an infinity-edge pool and cabanas; a fitness center; and a clubhouse with a bar/kitchen, TVs, ample seating and a business center.

Amenities also include resident concierge services, a controlled-access bike storage and repair area, and a dog walk and washing station. The project is LEED Silver certified.

“The revitalization and development of the area are so important, and we’re thrilled to have played a vital part, delivering a high-quality, innovative project utilizing our ‘build smart’ approach,” added Donohue.

Park Fifth and Trademark are located across West 5th Street from the Pershing Square Metro Station, which provides commuters with underground rail access to points throughout Los Angeles. The building is around the corner from the planned route of Downtown’s restored, historic streetcar line. Pershing Square, one of the largest public spaces in Downtown Los Angeles, lies directly south of the project, while Grand Central Market, a historic food hall and major local attraction, is on the next block to the north.

“As Downtown continues to evolve as a thriving center within Los Angeles, Park Fifth and Trademark offer an ideal location with its proximity to public transit and the major office employers of DTLA,” said Victor B. MacFarlane, chairman, and chief executive officer of MacFarlane Partners. “The properties provide the high-end amenities that today’s urban residents demand, alongside retail options at their fingertips.”

“Ankrom Moisan has worked on several design projects with MacFarlane Partners and Park Fifth and Trademark are living proof of those collaborations,” said Dave Heater, the firm’s president. “We are very proud of this work and the overall design contribution we are making to DTLA.”

When designing the buildings, Ankrom Moisan looked at the development not as two separate projects but rather as a whole, crafting unique experiences within each building that continue to relate to one another.

Adjacent to historical buildings and on the site of the former Los Angeles Philharmonic, Trademark pays homage to the Art Deco era through clean, masculine lines with a modern twist, evident the moment you enter the lobby. Connected both visually and through a shared parking garage, complete with “living room” valet station, Park Fifth takes on a high-end hospitality feel, creating a quiet and peaceful place in the middle of urban Los Angeles.

“We could not be more pleased with our work on Trademark, our relationship with MacFarlane Partners, and our contribution to DTLA,” said Steve Pellegren, executive vice president of Bernards.