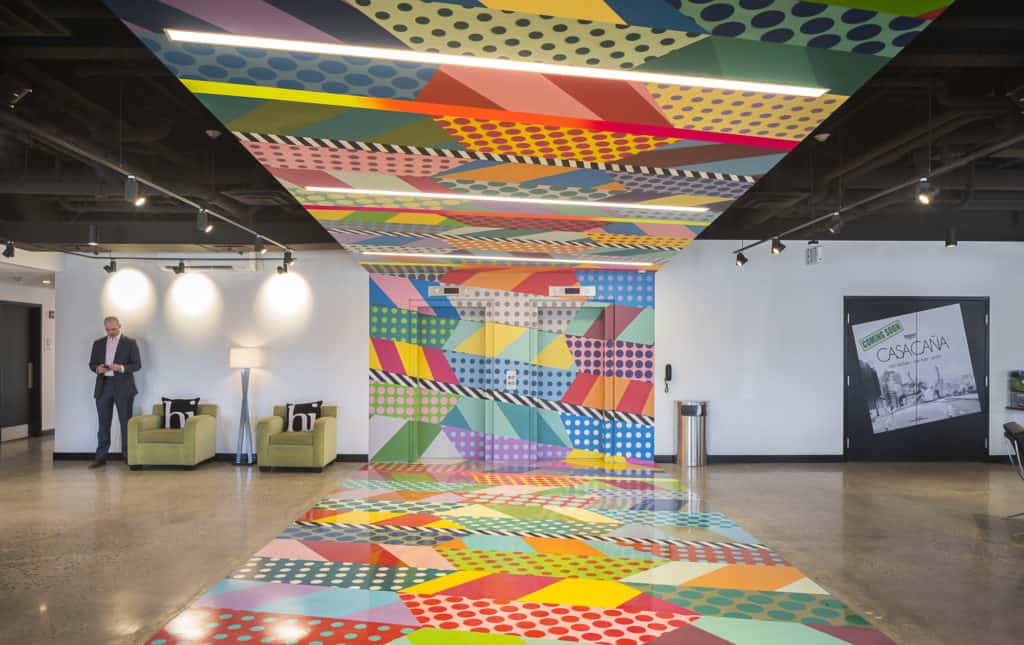 Boston – The Davis Companies joined with Spot On Ventures (led by hotelier and businessman Robin Brown) and Highgate, a manager of hospitality assets, to reimagine the 1960s vintage building located at 1234 Soldiers Field Road with insight and vision.

Recently opened, Studio Allston is a 117-room hotel that embodies a spirit of adventure and creativity, with a thematic reliance on art in the lobby, bar, meeting rooms, suites, and every one of the guest rooms. Most of the displays are works created by local artists and will be refreshed regularly in a first-floor gallery.

The Studio Allston was art-directed by Isenberg Projects, a creative advisory firm based in Boston. Building restoration and interior design was led by the nationally recognized and award-winning architecture firm, Dyer Brown. 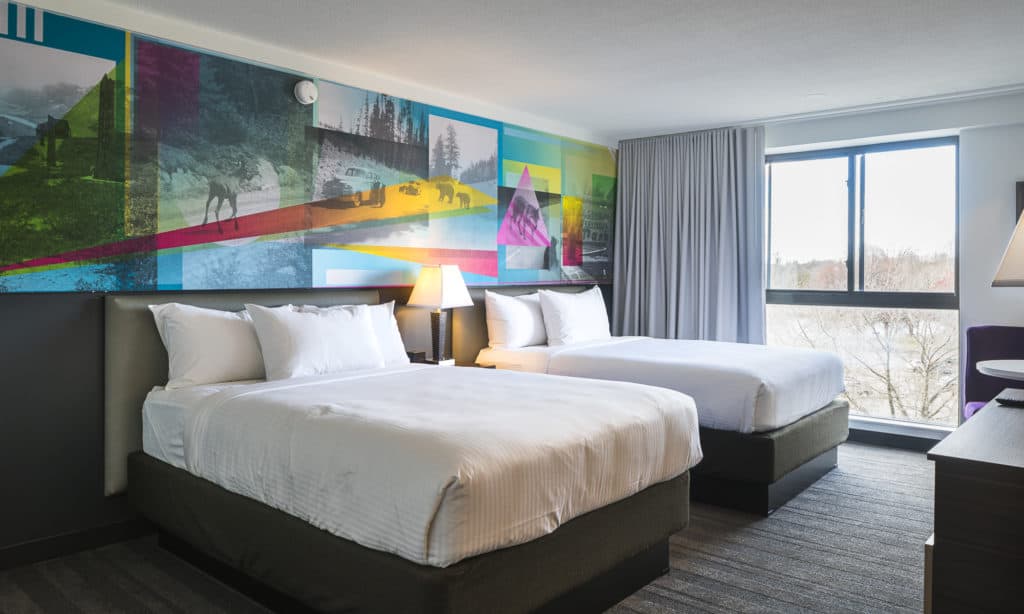 Twelve contemporary artists were selected to create murals in each guest room. Wallpaper in standard guest rooms features individual designs, and five of the hotel’s 10 guest suites were designed as unique, immersive works of art. The first impression visitors encounter in the lobby is a dramatic composition by an internationally acclaimed artist that commands attention.

Unlike other hotels that refer to themselves as “art hotels,” Studio Allston is different. Artists have played a key role throughout the design process of the Hotel with the objective of ensuring that the art doesn’t simply hang on the wall—the art becomes the walls.

“It’s a dreamy endeavor to have my art in a hotel room. I wonder how strangers will experience my work in such an intimate setting,” said Maya Erdelyi, animator and director. “I also think it’s very cool that a hotel would support local artists in this way.” 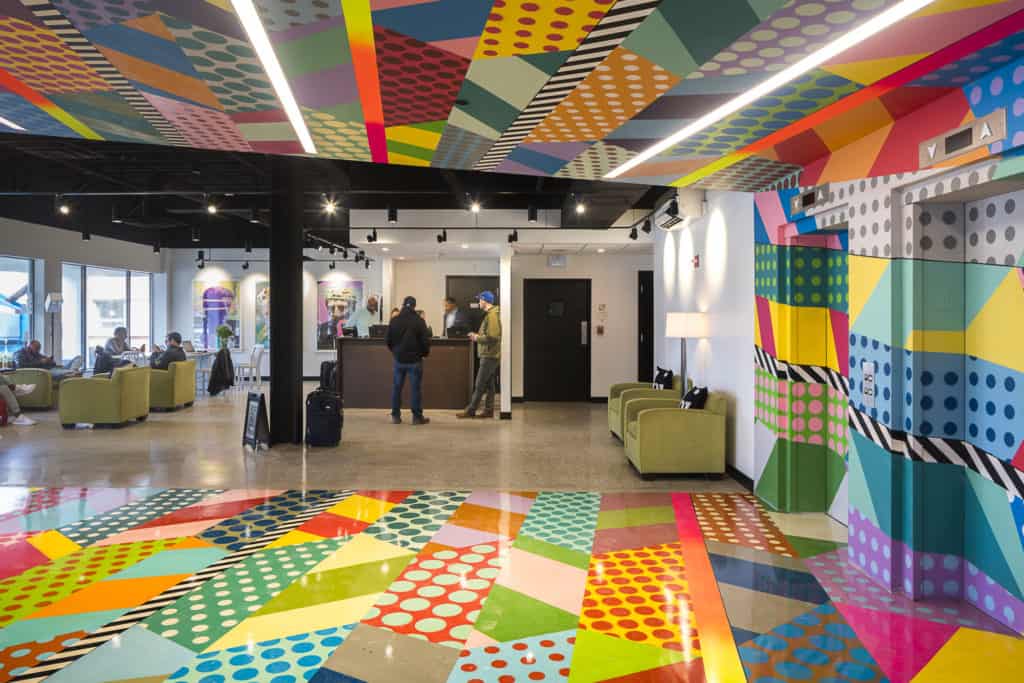 “We view the Studio Allston project as an exciting opportunity to make a meaningful, positive contribution to the continued evolution of Allston’s Western Avenue corridor, one of the most dynamic development markets in greater Boston,” said Stephen Davis, Vice President of Development for The Davis Companies. “Our dream is to create a destination that reflects the energy of the surroundings and stands as a desirable attraction for visitors to this neighborhood and as a valued amenity for those who call this community home.”

The design of Studio Allston is complemented by its setting on the banks of the Charles River in this Allston neighborhood. The location owes its name to 19th century poet and painter, Washington Allston, one of America’s early pioneers of the Romantic movement of landscape painting.

The development team behind Studio Allston is expected to announce a food and beverage partner in the coming weeks. Prior to the opening of its lobby restaurant this summer, Studio Allston offers complimentary continental breakfast options in the lobby.

The hotel is managed by Highgate, a premier real estate investment and hospitality management company whose growing portfolio includes more than 100 properties in gateway cities worldwide.