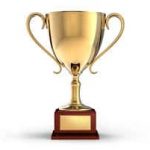 Boston –  Margulies Perruzzi Architects (MPA) announced that the firm was honored with two awards from the Society for Marketing Professional Services (SMPS) national 2014 Marketing Communications Awards program. MPA received a first place honor in the Holiday Digital Piece category for its 2013 holiday video entitled “Kids at Heart,” and a second place honor in the Special Event category for its 25th anniversary video competition. MPA’s focus on video is part of the firm’s marketing strategy to promote client projects in the clients’ own words and convey the firm’s design approach and company culture as a fun group of creatives and a great place to work. 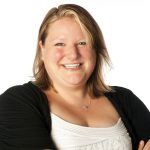 Barbara Hicks, MPA’s director of marketing and media, and her team created the award-winning video. “It is extremely gratifying to be honored by a jury of my peers,” said Hicks. “These award-winning anniversary and holiday videos truly capture the culture and personality of our firm, and show our clients that we are more than just corporate project teams: we are fun and creative individuals.” In 2014, MPA was honored with three SMPS Boston Recognizing Outstanding Communications (ROC) awards, receiving an honorable mention in the Integrated Marketing Campaign category, the first place honor in the Holiday Piece category, and the People’s Choice award. -more- MPA’s 2013 Holiday Video: “Kids at Heart” MPA’s goal for its 2013 holiday video, “Kids at Heart,” was to make a personal connection with the firm’s staff. By promoting its people, MPA hoped to highlight the talented group of creatives that work at the firm. A detailed storyboard/script was crafted for the adults, but the staff’s children featured in the video – ranging in age from nine months to 12 years – provided a fun yet unpredictable element during filming.. MPA received a dozen credible leads and ultimately secured four projects as a result of using this creative outlet to follow up with potential prospects. SMPS’s Holiday Digital Piece category recognizes a one-time digital piece produced for a specific holiday. MPA’s 2013 holiday video may be viewed at http://bit.ly/1mWtQyR. MPA’s 25th Anniversary Video Competition MPA marked its 25th anniversary in 2013, and the firm promoted and celebrated it by creating a fun and friendly internal video competition in which clients, partners, and consultants participated by judging and voting. The firm formed eight employee teams, used four top-notch video cameras, and took 10 weeks to film and produce a 2-3 minute video about the firm, its people, practices, and history. The eight videos were viewed on a custom-designed webpage where they were promoted via social media, and judged by four client judges and 3,000 people in a popular vote. Each individual on the winning team, together with a guest, won a trip to Bermuda, and the runner-up team won all the video equipment used to make the videos. The video competition provided a unique opportunity to celebrate MPA, increase team building among its staff, and give clients and the public an insider’s perspective on the culture and people of MPA. SMPS’s Special Event category recognizes a one-time piece used to promote a special event.MPA’s anniversary videos may be viewed at http://bit.ly/1s8sJiO. In previous SMPS Boston ROC Awards, MPA achieved a first place honor in the Target Market category in the 2012, and a first place honor in the Target Market category and the Best in Show Award in 2011. The firm also won second place in the Holiday Piece category in 2008, and first place in the Alternative Media category in 2007. Additionally, MPA achieved a first place honor at SMPS National in 2013 in the Video category. Photo credit: Bruce Rogovin