Cambridge, MA – The North Bank Bridge Park is a winner of the 2017 Excellence Award in Design from the Boston Society of Landscape Architects.

The project reclaims a derelict underbridge space overwhelmed by vestigial industry, highway ramps, and the looming Zakim Bridge and transforms it into a safe, vibrant, welcoming, aesthetically pleasing and fun Underbridge Plaza that gently tames its gritty urban character while still honoring it. 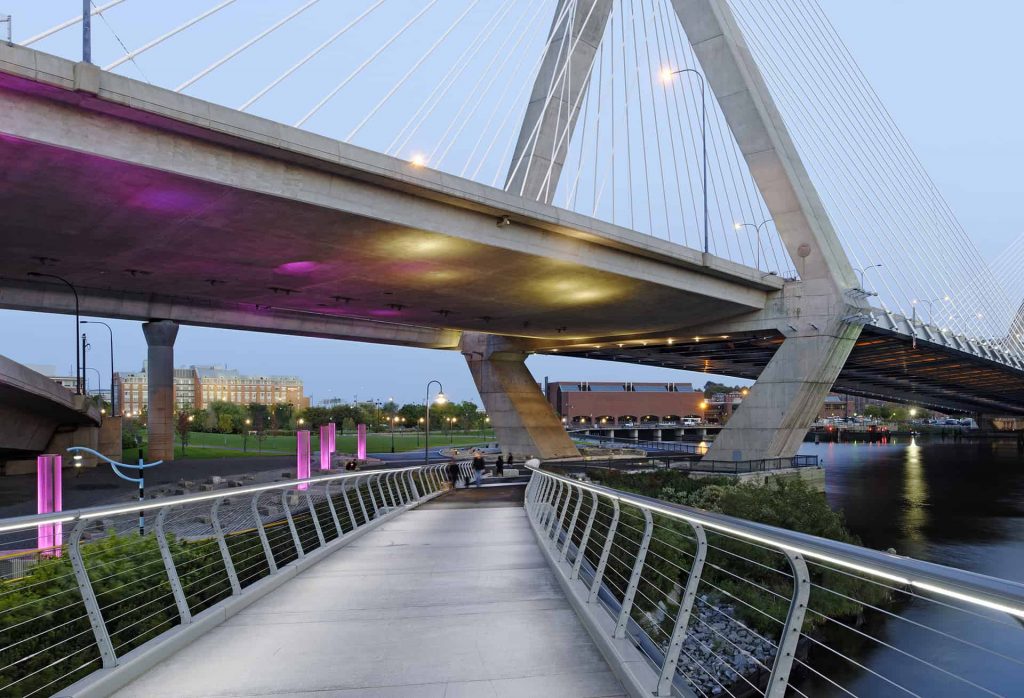 It is the last park built within the New Charles River Basin, a formerly inaccessible portion of the Charles River on both the north and south banks, referred to as “The Lost Half Mile.” The North Bank Bridge Park created the first river-edge connection between the Charles River and the Boston Harbor, finally fulfilling a century-old vision of Charles Elliot. 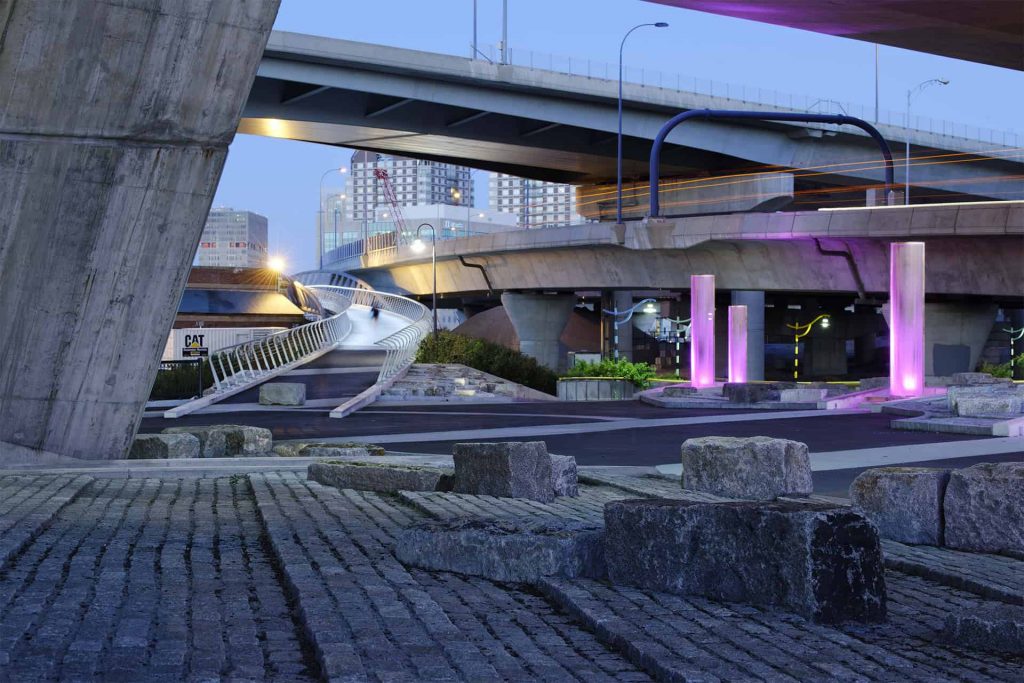 A key feature of the Park is the Underbridge Plaza, an unexpected urban outdoor room that borders on the Charles River with the Zakim Bridge as its roof, creating a new kind of urban public space which responds directly to the urban industrial context and the sleek monumentality of the Zakim Bridge. 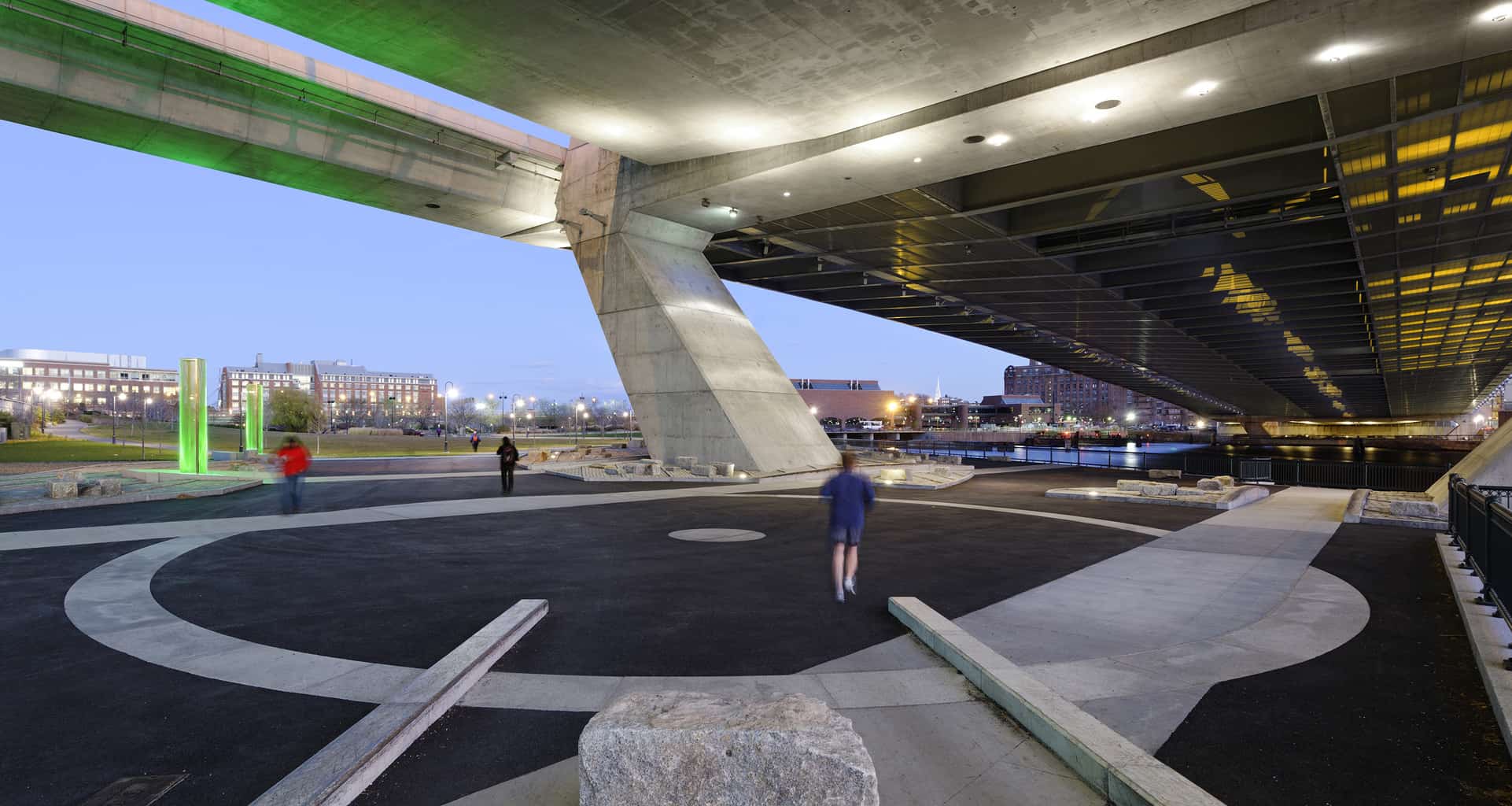 To celebrate the Piranesian forest of concrete highway piers, and to give a sense that the lights were on, CRJA-IBI Group, the landscape architects and one of the members of the Joint Venture design team, conceived of vertical light columns to occupy and animate the Underbridge Plaza, implemented in collaboration with an artist. 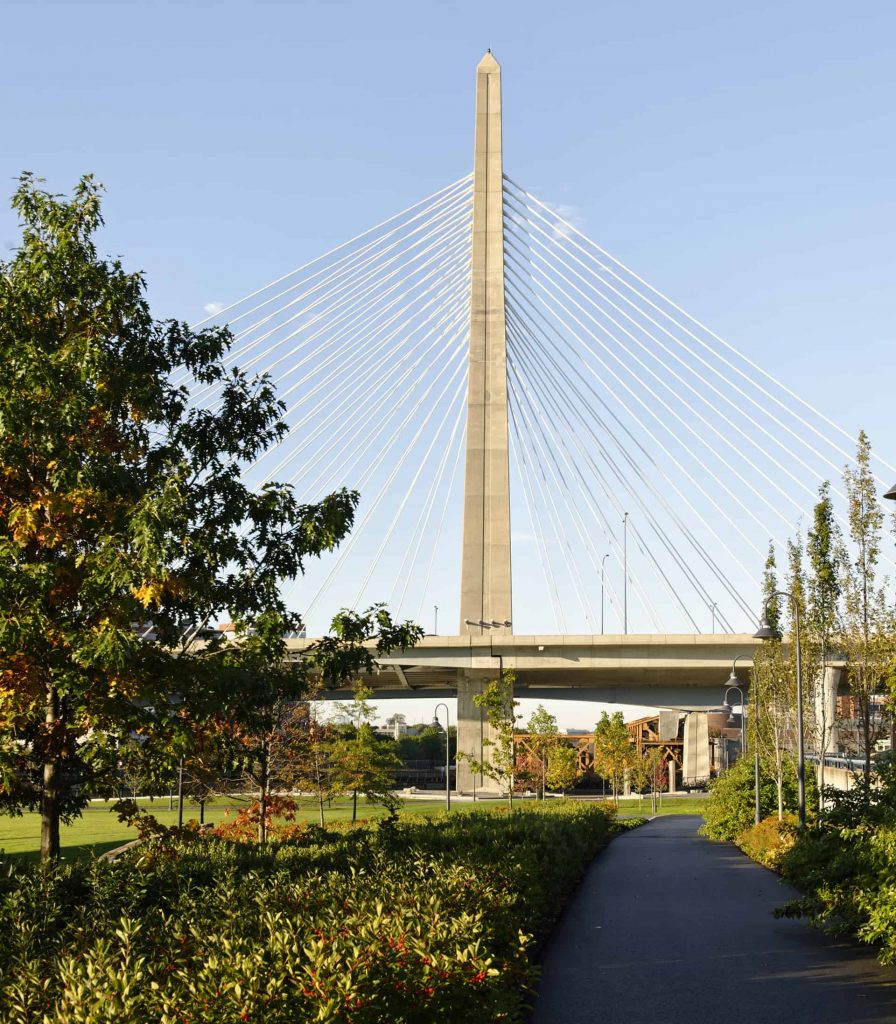 The North Bank Bridge, the project’s sculptural centerpiece, spans a rail corridor, among other obstacles, to create vital pedestrian and bicycle connections between Cambridge and Charlestown. CRJA-IBI Group worked with the bridge designer to develop the bridge’s S-curve alignment as an extension of the approaching park pathways. 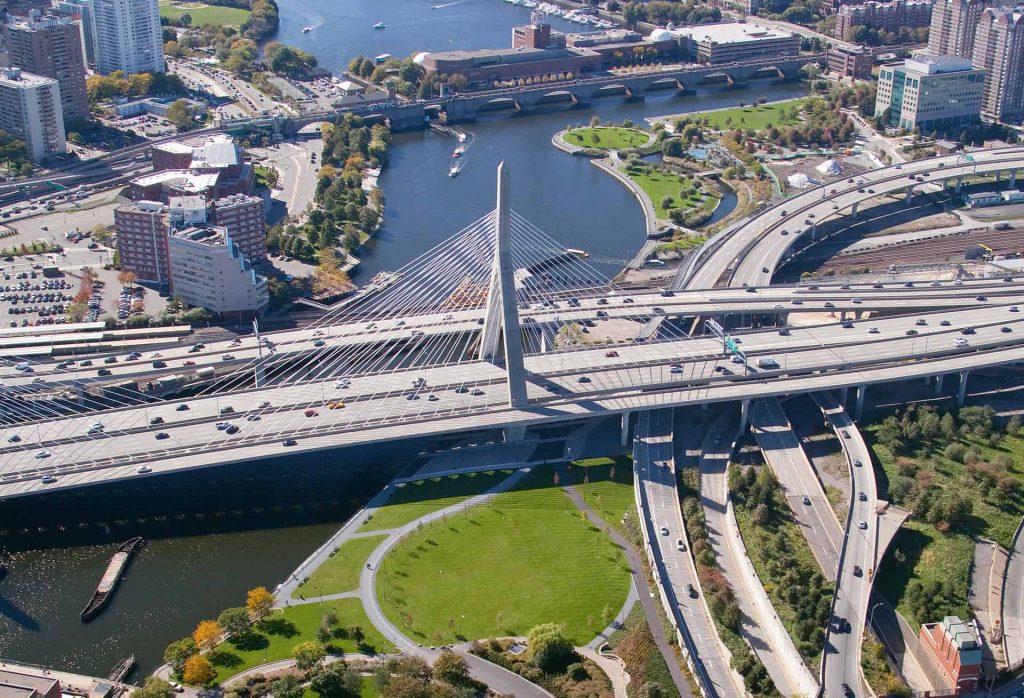 The planning and design for the North Bank Bridge Park took nearly a decade.