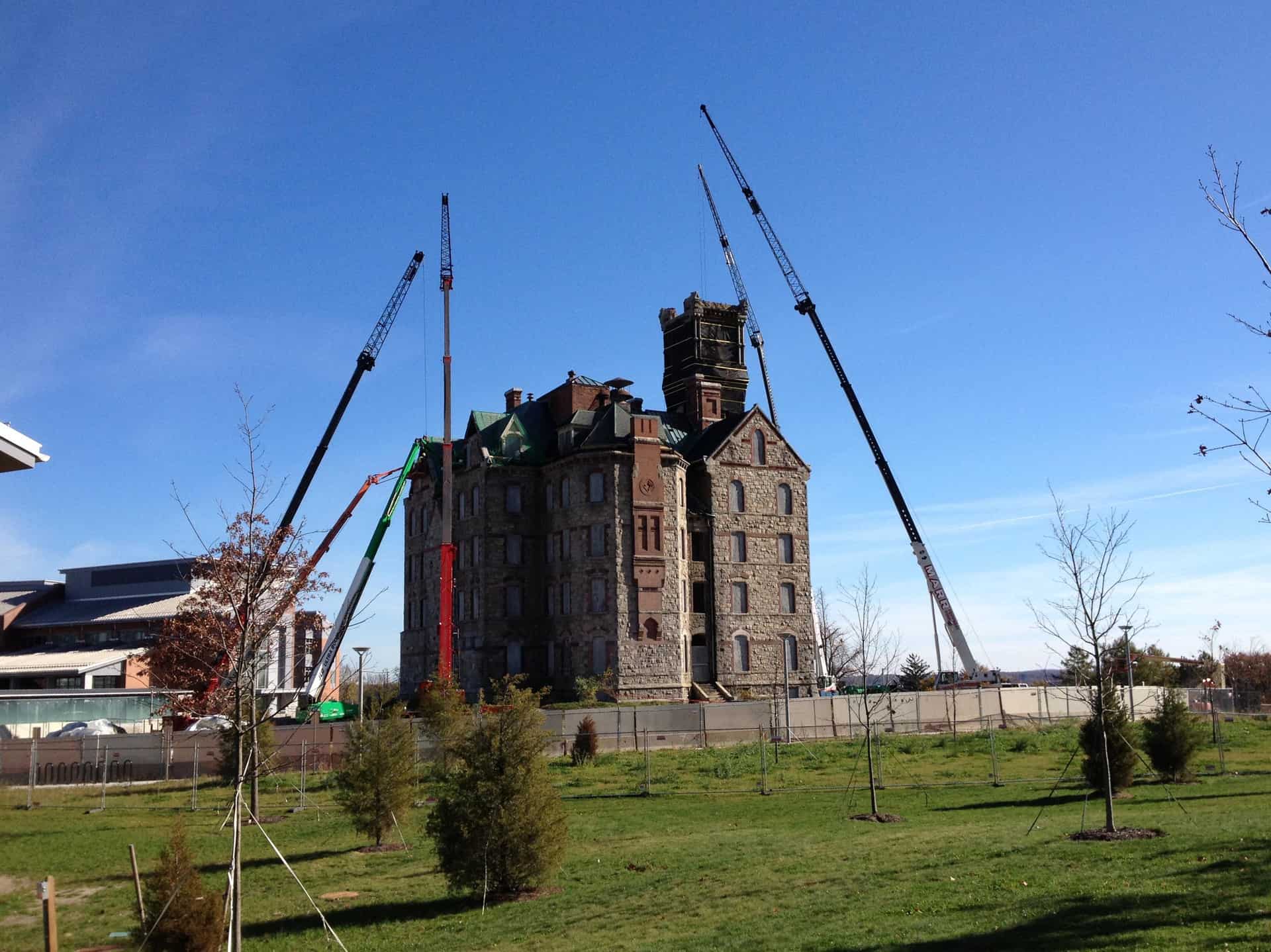 Wareham, MA – Each fall, the representatives from the international demolition community meet in Amsterdam to attend a conference on the state of the industry that recognizes the finest achievements in demolition across the globe at an awards gala. This year’s World Demolition Awards was held on Oct.31st, and featured close to a hundred entries across 10 categories, highlighting the width and breadth of the industry.

For the third time in five years, Massachusetts-based demolition contractor Costello Dismantling Co., Inc. of West Wareham has taken home this prestigious award, this time in the Collaboration category.

The projects submitted for consideration in this category demonstrated a true team effort between the demolition contractor and other involved parties in order to successfully complete a job in an extraordinary fashion.

Costello’s winning  entry documented a recent dismantling and historical salvage job of one of the last remaining structures at the Victorian-era Worcester State Hospital in Worcester.

Beginning in the early 1800’s, the Commonwealth of Massachusetts began constructing a state-wide system of cutting edge (for the time) insane asylums. The grand opening of the Worcester Insane Asylum was in 1833. The centerpiece of the new hospital was an elaborate administration building topped with a 135’ tall clock tower built in 1877.

The facility in Worcester was officially closed in the early 1990’s with several phases of demolition taking place over the years. The administration building with its’ famous clock tower was one of the last remaining features of the original complex and was scheduled to be preserved. Unfortunately, a fire in 1991 caused significant damage to the interior structure and rendered the building inaccessible. The desire to preserve the structure was balanced against the need to prevent a dangerous collapse, and a decision was made to deconstruct and re-locate the clock tower on site as part of the new $300 million, 300 bed Worcester Recovery Center & Hospital, as a tribute to the historical past.

The Massachusetts Department of Capital Asset Management and Maintenance (DCAMM) hired Gilbane as a general contractor and construction manager to oversee this work. Together with DCAMM and Gilbane, Costello Dismantling created a work plan to address the challenging scope of work and the sensitivity needed to work adjacent to an occupied hospital. To achieve these goals, the team employed over 20 subcontractors including engineers, health and safety professionals, masonry restoration experts, clock repair specialists, and environmental remediators.

The deconstruction was a painstaking process that involved removal of each stone by hand, numbering, photographing, and cataloging them so the tower could be re-erected properly. The entirety of the top 65’ of the tower was saved in this way, along with a significant portion of the remainder of the building. The deconstruction and demolition team consisted of a crew of 17 masons, 13 environmental professionals, 15 demolition specialists, 2 engineers, and 4 full-time safety officers working together to create a successful project.

Demolition was completed in March, 2013. In total, over 13,000 man-hours were logged on just the tower deconstruction, remediation, and dismantlement, with zero loss time accidents. Costello Dismantling, Gilbane and DCAMM worked collaboratively to craft and execute a successful deconstruction and demolition plan. The new monument is currently under construction.