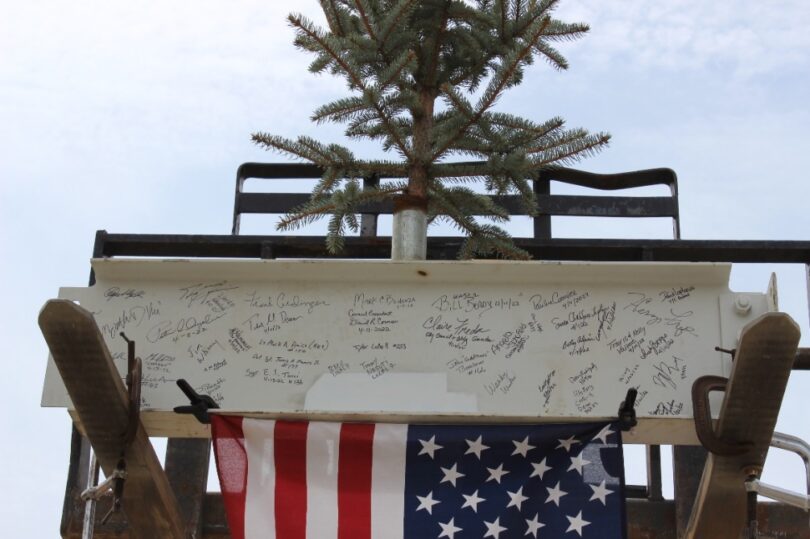 The final signed beam of the new Leominster Police HQ

Leominster, MA – The Leominster public safety community celebrated their new police headquarters with a topping off ceremony on April 25.

The final beam was made available for signing in the City Hall auditorium for several weeks prior to the ceremony. It was signed by many representatives of the community and those instrumental in the project before being lifted into place on the steel structure. CHA Consulting, Inc. (CHA) serves as the owner’s project manager for the City of Leominster for the project. The building was designed by Kaestle Boos Associates and is being constructed by G&R Construction. 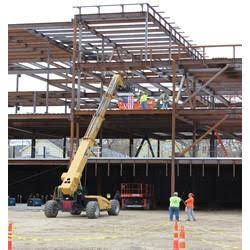 Topping off of the Leominster Police HQ

The project includes the construction of a new 30,000sf police headquarters building. The new facility will add space for the police department and was designed with a ‘civilian side’ intended to improve officers’ day-to-day interactions with the community.

During the ceremony, Leominster Mayor Dean Mazzarella shared his appreciation for the community-oriented project. “It’s been a cooperative effort. The biggest thank you goes to the residents,” he said.

Police Chief Aaron Kennedy added that the new station will be “a great asset to the community” and expressed gratitude to everyone involved with the project.

The new headquarters is expected to be completed in early 2023.