Recently, Anastasia Barnes, BD manager at High-Profile Monthly, sat down with Mikael Reckley, Northeast Field Marketing Manager of Procore, to discuss his journey from working at an internationally known construction firm to joining one of the fastest growing construction project management software firms in the U.S. 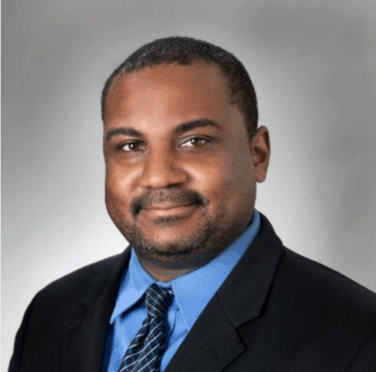 AB: Prior to joining Procore, you were already working in AEC industry, correct?
MR: Yes, I joined Turner Construction after leaving the Army in 2001. I started off as an assistant superintendent in charge of structural steel. At that time, most of what we did was pen and paper. We had the push-to-talk Nextel phones and a radio. There were 87 Turner employees onsite and we had one digital camera for the field staff. Aside from Excel and Word, we were using a particular project management software at the time that had its challenges. We only had two licenses for the program, so we had to make sure others weren’t logged in when we had to write requests for information (RFIs). It was extremely slow and not very user friendly. It would literally take me a couple of hours to write one. I spent time on a couple of other jobs in different departments, and our technology didn’t get much better over the years.
AB: So, it sounds like your frustration with the lack of technology was the impetus to learn more about it?
MR: Exactly! In 2008 two major things happened for me in the world of construction technology. One, I discovered the existence of building information modeling. Two, I teamed up with a co-worker of mine, and we developed a website that would allow jobs to do punchlist on a website. The implementation of BIM and the development of a homegrown punch list tool caught the attention of some of the higher executives at Turner, and within a short time I shifted from being a traditional employee to eventually running their virtual design and construction department. I gave several training and webinars to many Turner employees across the nation on topics such as BIM, construction technology, Lean construction, and sustainable construction, and became a respected speaker and trainer in the company.
AB: So, how did you end up at Procore?
MR: In 2012, my boss at Turner called me into his office and gave me the mission of finding a better project management tool than the myriad of programs we were using at the time for project administration, file sharing, punch list ,and drawing management, etc. It became the wild west of point solutions that varied from project to project. We wanted consistency for the client and were looking for a single source of truth instead of having our data spread out in multiple locations and unorganized. I found three programs, one of which was Procore. After pulling a focus group together of project engineers and project managers, we selected Procore and eventually piloted on a $100 million renovation for Harvard University.  It quickly became popular and spread from job to job. Eventually I became more passionate about what Procore was doing and how they were changing the industry and ended up joining them.
Procore is currently the most widely used construction project management software on the market.