by Jacqueline A. Falla

Concrete, the solidity of the substance, and all its connotations seem to imply only that it is strong. We speak of it being firmly and permanently established, we have ideas that are concrete, bump up against the concrete ceiling, and pray we are never fitted with concrete shoes. We live in concrete jungles, or flee from them to surround ourselves in nature. In the world of construction we are forever pouring it, placing it, pricing it, forming it, and commenting on its artistic qualities, or lack thereof. Concrete is fundamental and foundational to all we build. The strength of the material is rarely questioned, though I learned that there is in fact, a low strength version, and interestingly, versions that are also light.

This industry is endlessly fascinating, a time capsule that upon opening, reveals archaic means and methods that take you on a historical romp through the Great Fires of Chicago and New York, and then deeper and further into the archives.  Strength meets structure; structure is interwoven with geometry; ancient Greek Euclidean mathematics bring us back to the present in the form of modern day skyscrapers – all of these discoveries made possible with a few carefully executed saw cuts to the concrete floor at MIT’s Hayden Library. What to our wondering eyes did the Elaine Construction Team see? A short span, reinforced concrete system, known as Cinder Concrete, or Goulash Construction. In the wake of those great fires came reform, and ingenuity. Utilized for its fire proof properties, which were derived from the use of cinder as a low cost alternative to stone aggregate, its strength was obtained from the draping of wire mesh over steel. This formed a catenary, or curve, reminiscent of a suspension bridge. The cinder concrete was them poured onto the mesh, providing the necessary fire proofing material, and a walking surface.

Interestingly, this construction methodology was not at all common in Boston. It had its hay day in Chicago and New York from the 1920s to the 1940s. The original architectural firm for the Hayden Library, Voorhees, Walker, Foley & Smith, whose offices were in NYC, likely thought that if it was good enough for the Empire State Building, it was good enough for MIT. It did however pose a challenge for the team as they prepared to remove a large section of the slab to create an interconnecting stair within the space. The slab was saw cut in 2 foot sections, removing concrete in alternating sections while keeping the mesh intact, cutting and carefully welding the ends of the mesh to the steel beam, and repeating until the stair opening was complete. To ensure the viability of the structure, the team encased the welded ends in concrete, effectively resealing the time capsule for future generations.

As I walked the site, my footsteps echoing on the concrete floor, and watched the crew lift the lightweight but sturdy concrete boards atop the steel structure to form the mezzanine floor, I considered the evolution of materials and methods, and came to the firm conclusion that concrete is here to stay. 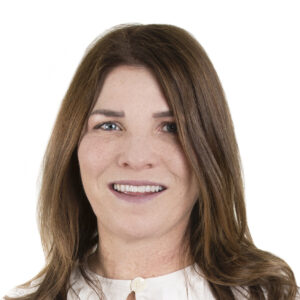 Jacqueline A. Falla serves as a member of Elaine Construction’s Leadership Team as director of client services.