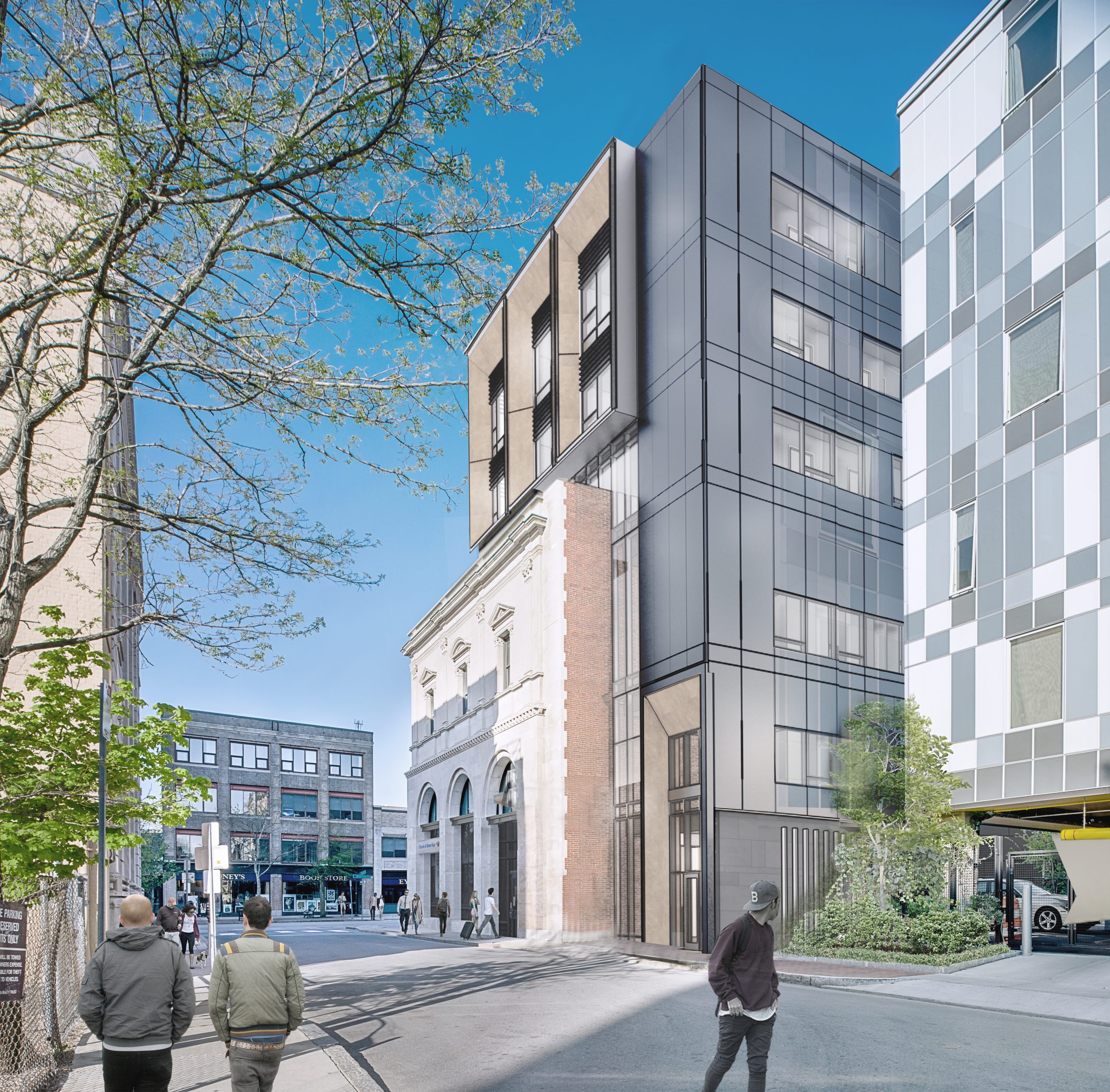 Cambridge, MA – Finegold Alexander Architects has been selected to design and collaborate on the construction of a mixed-use building consisting of a 37-room boutique hotel and commercial space in Cambridge.

The firm will design the hotel at 727 Massachusetts Avenue in a building formerly known as the Cambridge Gas Light Building.

The building, along with its future hotel, is being developed by Chevron Partners, a Boston-based fully integrated boutique real estate development firm known for rehabilitation and modernization of historic properties. The façade has been restored, with the replication of historic cast iron sconces sourced through Adige Design. 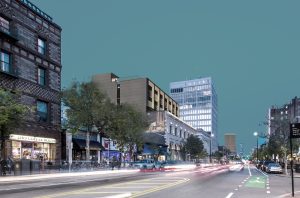 The former Cambridge Gas Light Building will retain its original existing base, which will remain open for retail and office occupancy. The hotel will be built atop the 1910-building, creating a modern and vibrant design, while paying homage to the historic roots of the city of Cambridge.

The building site occupies 121 linear feet of frontage along the north side of Massachusetts Avenue right in the heart of Cambridge’s Central Square. Chevron Partners is in the process of receiving approval from the city and expects construction to be completed by winter 2022.

The hotel will make up seven floors, with the ground level consisting of lobby and retail space, the second floor as office space, and the third floor consisting of both offices and boutique hotel rooms. Floors three through six will offer 37 hotel rooms in total, with a roof deck facing Massachusetts Avenue on the fourth floor.

“Building upon the existing base of 727 Massachusetts Avenue will transform the streetscape in Central Square,” stated Ellen Anselone, principal at Finegold Alexander, “while maintaining one of its historic facades, truly marking the neighborhood.”

“The concept for the hotel will be design-focused, with an investment in higher-end finishes and products,” said Julian Bluemle, design development manager of 727 at Chevron Partners.