by Kenneth A. Sherman

In Factory Mut. Ins. Co. v. Skanska United States Bldg., No. 18-cv-11700-DLC, 2020. U.S. Dist. LEXIS 95403, the Federal Court in Massachusetts held that a construction project’s general contractor and sub-contractor were not additional insureds under the construction project’s owner’s Builders Risk insurance policy (Policy). They contended they were, based on Massachusetts’ anti-subrogation doctrine, which prevents insurers from subrogating against their own insureds for the very type of risk the insurer provided. In dismissing the contractors’ motion for summary judgment, the court determined they did not qualify as additional insureds because: (1) additional insureds under the Policy are those whose liability would be purely vicarious “to the extent of the insured’s legal liability for insured physical loss or damage,” which the District Court determined was not applicable to the undisputed facts, and (2) the language of the policy itself seemed to indicate that it applied to only one insured, which, in the District Court’s opinion, was the construction project’s owner.

The facts, circumstances, and result of Factory Mutual are unique to this matter, but its lesson is universal to any party to a construction project. As we see from Factory Mutual, failing to confirm insurance coverage in advance of an otherwise insurable event might leave a party exposed to having its additional insured coverage determined by a non-party to the underlying construction project, such as an insurance coverage analyst or a judge, should the question of insurance coverage end up in litigation. Construction business owners and executives would be well served to avoid the hypothetical scenario discussed above by insisting on, at the very least, a copy of the applicable insurance policy and, at best, an opinion from an insurance professional as to whether additional insured coverage has actually been obtained on the construction business owner’s behalf. 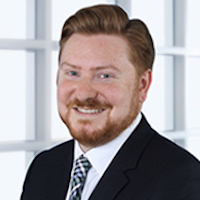