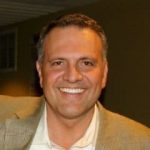 In some ways, Boston is a “tale of two cities,” economically speaking. On one hand, opportunities appear on the upswing, as we see plans for new development and new construction projects taking shape. That potential growth is tempered somewhat, though, in that the construction industry in general still seems to be facing financial challenges. Many appear determined to be as “lean and mean” as they can until the market rebounds to its pre-recession levels.

Accordingly, owners of construction firms in particular are scrutinizing their bottom lines, looking for ways to be as financially strong as possible to compete effectively in the marketplace.

One often-overlooked strategy for accomplishing that goal is addressing the cost of certain forms of insurance – workers’ compensation among them.

It’s no secret to anyone in the construction industry and related trades that they are required to pay high premiums for workers’ compensation insurance, based on their industry’s claims as a whole. The construction company or trade service owner who has a low number of claims and is “the exception” to the industry norm often feels frustrated that he/she is being forced to pay higher premiums based on the experience of others in the industry – rather than on their own individual company’s performance.

That is where investigating the “captive” option can significantly benefit the individual whose company falls into the category of being much better, claims-wise, than industry counterparts. Captives are not new – in fact, they go back 150 years – but in recent years the popularity of this option has increased as businesses evaluate new ways to save on their bottom line.

There has been an increase in the number of group captives, which offer the same benefits that the traditional captives do.  Initially, the captive was the domain of larger companies such as Sears or IBM which in effect formed their own insurance companies.

The same principle now can work on a group level, enabling companies that are not the size of the Fortune 1000 corporations to leverage similar advantages.

Since insurance companies make money on profits after evaluating claims paid out (profits and losses), it stands to reason that lower claims result in lower premiums. For companies paying annual premiums of $200,000 or more in combined coverage, the group captive allows them to be “part owners” of an insurance company and receive lower rates. The group captive is comprised of a number of different companies coming together in one group. In some group captives, the companies are homogeneous, that is, all of the same industry; others are a mix of a variety of different businesses. This concept allows everyone to “put money into the pot,” to become their own insurance companies, and buy excess and reinsurance. Unspent revenues come back into the group and reduce everyone’s cost.

The captive idea is advantageous for the ‘cream of the crop’ in a difficult industry. If you are the contractor in a workers compensation rate that pays $20 for every $100 because of the high incidence of claims, yet your company has a low claim rate, your traditional coverage may not afford you the kind of credit you deserve. For the individual who feels he/she may fall into this particular category, an insurance company can put him/her into a captive market. The issue of claims management is better, and rates are better – often, much, much better!

Anyone with good loss ratios, better than their peers, is a potential candidate for a captive. The same goes for any business owner who is diligent about loss control, claims management and wants to have a good environment for their employees. And this should have a positive effect on a company’s bottom line, allowing the company to allocate resources where they are really needed. Boston businesses seeking to expand but control costs would do well to ask their carrier about captives.