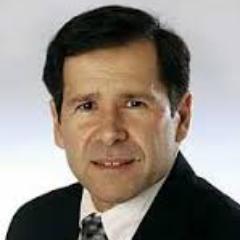 Hartford, CT – The Construction Institute honored Dean Louis Manzione with the David N. Labau Lifetime Achievement Award, at the ninth annual Visionaries Forum, on May 17 at Spotlight Theaters in Hartford.

The Award recognizes individuals for their dedication to the Construction Institute and its mission as well as for a lifetime of industry achievement. This prestigious award has been given only 11 times in the Institute’s 43-year history.

Dean Manzione will be departing the University of Hartford in June, where he has been serving as the Dean of the College of Engineering, Technology, and Architecture (CETA) since 2005.

During his time at the university,  Manzione  worked closely with the Construction Institute to enhance and deepen the relationship between the institute and CETA as well as with the university in general. He has served on the institute’s board of advisors and has served as a presenter and a writer for Insitute programs. Before his tenure as dean of CETA, he was founding executive director of Bell Laboratories research center in Ireland.

He created a partnership with nearly 100 academic researchers from nine Irish universities, known as the Center for Telecommunications Value Chain Research. The new lab has grown to become an important part of the Bell Labs effort and is a model of effective industry-academic-government partnership. Manzione is recognized as a pioneer in the packaging of integrated circuits. He wrote the first book on plastic molded packaging of computer chips and such packaging is now used in more than 90 percent of the world’s integrated circuits.

In recognition of his achievements, Manzione was named a Fellow of the Society of Plastics Engineers for career achievement in the use of plastics for electronics. At Bell Labs, he served on the President’s Leadership Team and the Strategic Planning Committee. Dean Manzione was on several of the design teams for early generations of Cell Phones, and his work on next-generation antennas has garnered considerable attention and several
patents.