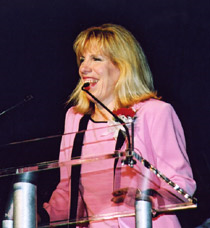 On Dec. 11, Lynn Donohue DiPetta, territory manager at Consolidated Brick, will receive her 40-year pin from the Bricklayers and Allied Craftsmen Local 3 Boston. After becoming the first and only female member of the Bricklayers Local 39 in 1979, she will again make history as the first woman to celebrate 40 years in the eastern Massachusetts Bricklayers union.

Donohue currently works for Consolidated Brick as a sales manager and consultant, but began her career as a bricklayer, eventually starting her own business, and writing a book entitled Brick by Brick: A Woman’s Journey, in 2000.

Over the years, she has held seminars and provided educational courses for those hoping to follow in her footsteps. Today, she mentors other women in the construction industry, helping them continue to break barriers and achieve high-level positions in a notoriously male-dominated industry. 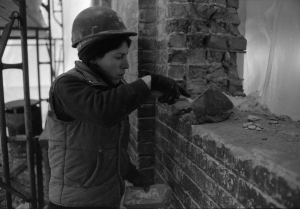 Dohohue began her career as a bricklayer.

Donohue did not initially set out to become a bricklayer, but she says as soon as she was exposed to the “rhythm of the work” and the feeling of accomplishment that accompanied the job, she knew she had found her calling. But what has kept her in this field, and what she says is the most important thing to pass on to those she mentors, is the feeling of ownership of a craft. She says, “That is what a trade does. You learn something and once you realize that you have it, you know that no one can take it away from you.”

For the women Donohue mentors, including Kate Caddell, architectural representative at Jandris Block, that sense of ownership, and Donohue’s example, is what empowers them to continue to pursue leadership positions in the industry.  Caddell says, “Lynn will be the first one to tell you that you are very smart or capable of doing more, and she is great at reminding you never to settle!” 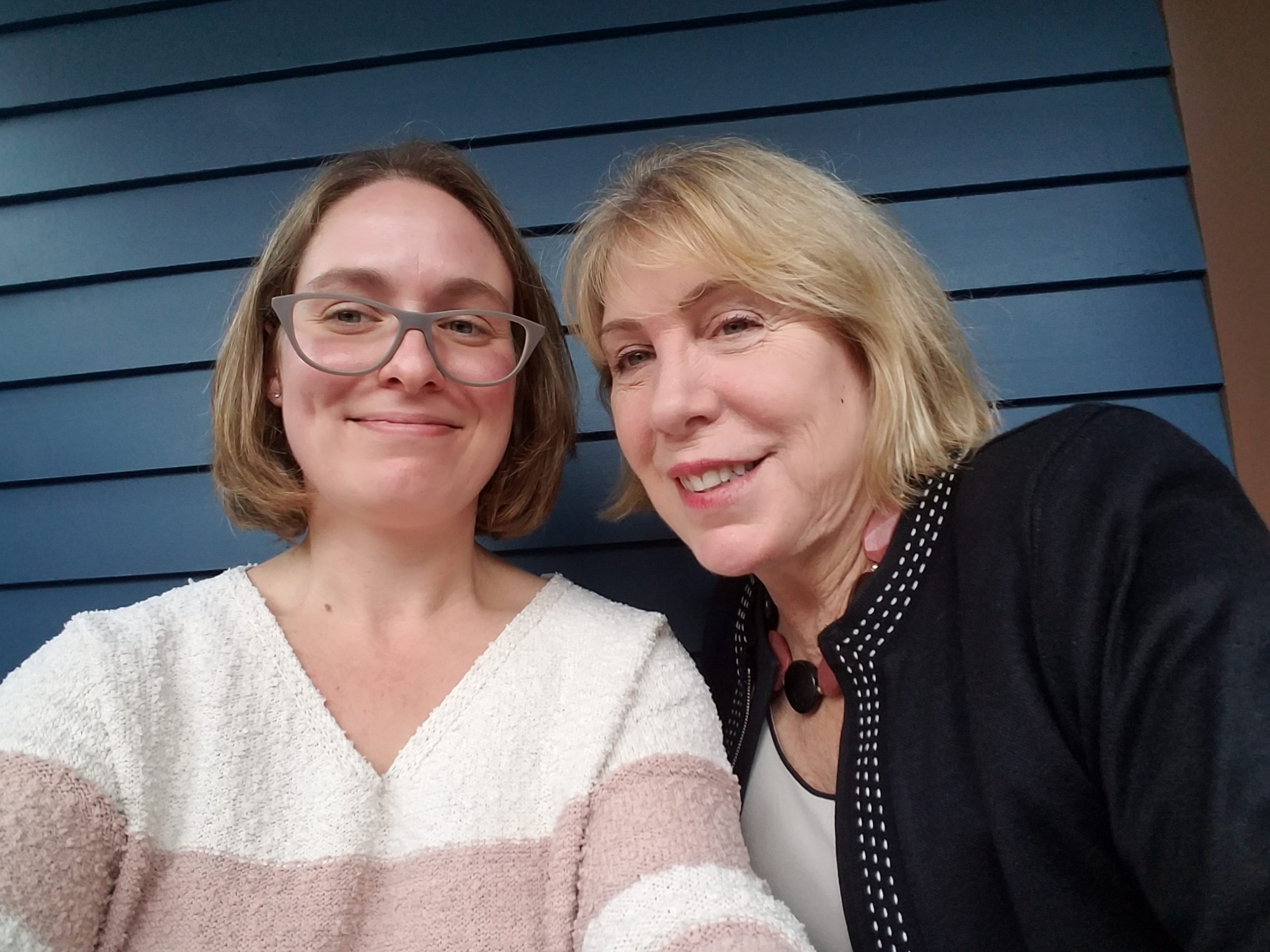 Donohue is encouraged by the progress she has seen over the years, saying, “I see so many more women architects, project managers, sales people, and consultants. It’s just opened up.”

With so many companies facing a shortage of qualified workers, Donohue emphasizes the importance of increasing the awareness for young women that the trades are a lucrative and appealing career option, while they are still in high school. She says, “For the future of the whole construction industry, it’s important that companies start looking at women as assets.” 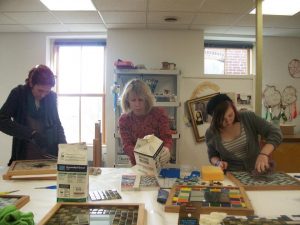 Of earning the 40-year pin, Caddell says, “In a lot of ways, this is Lynn’s legacy. Every life that she’s touched is going to remember her and also mention her to other people, which will at least in part inspire people to do the same.” She sees Donohue as a role model, and someone whose journey can inspire women to lift up and support each other in the industry.

Donohue is proud of her history as a bricklayer and says choosing this path “saved her life.” She hopes to be an example to other women to take the first step. She says, “How many more women are out there who would find that their passion lies right here in design, development, or construction? The more I can be any part of that, here I am.”

Emily Langner is the staff writer/associate editor for High-Profile Monthly.