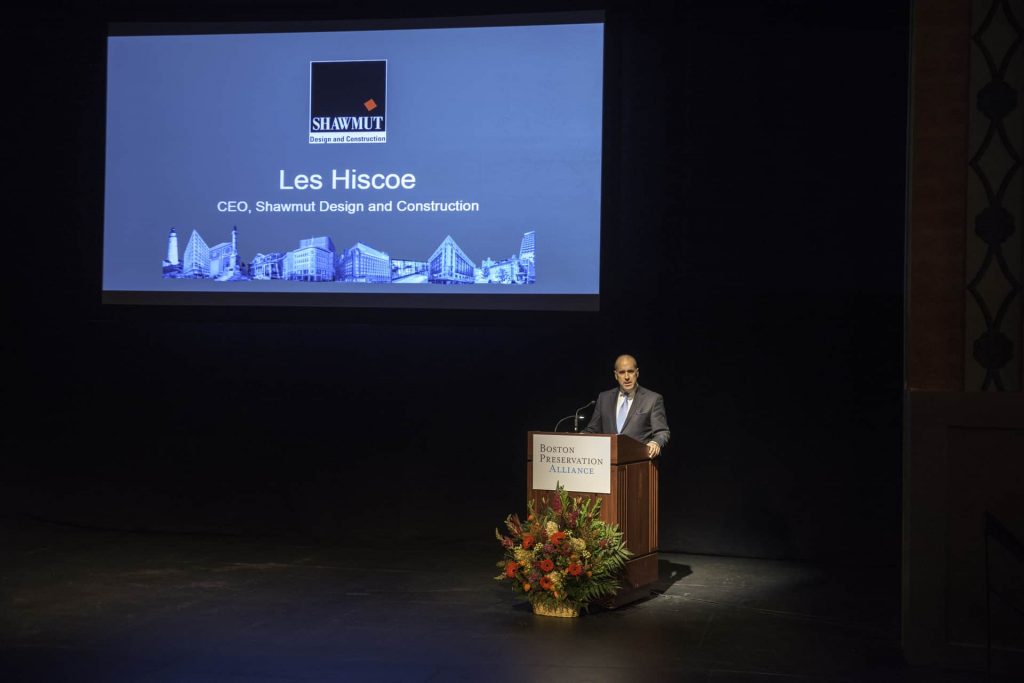 Shawmut was recognized during Boston’s marquee historic preservation event at The Paramount Center for the firm’s 30 years of commitment and leadership in the field. Notable historic preservation projects include the Old North Church, the Old State House, Quincy Market, the Massachusetts Historical Society, as well as iconic buildings on the Boston University, Boston College, Harvard, and MIT campuses. 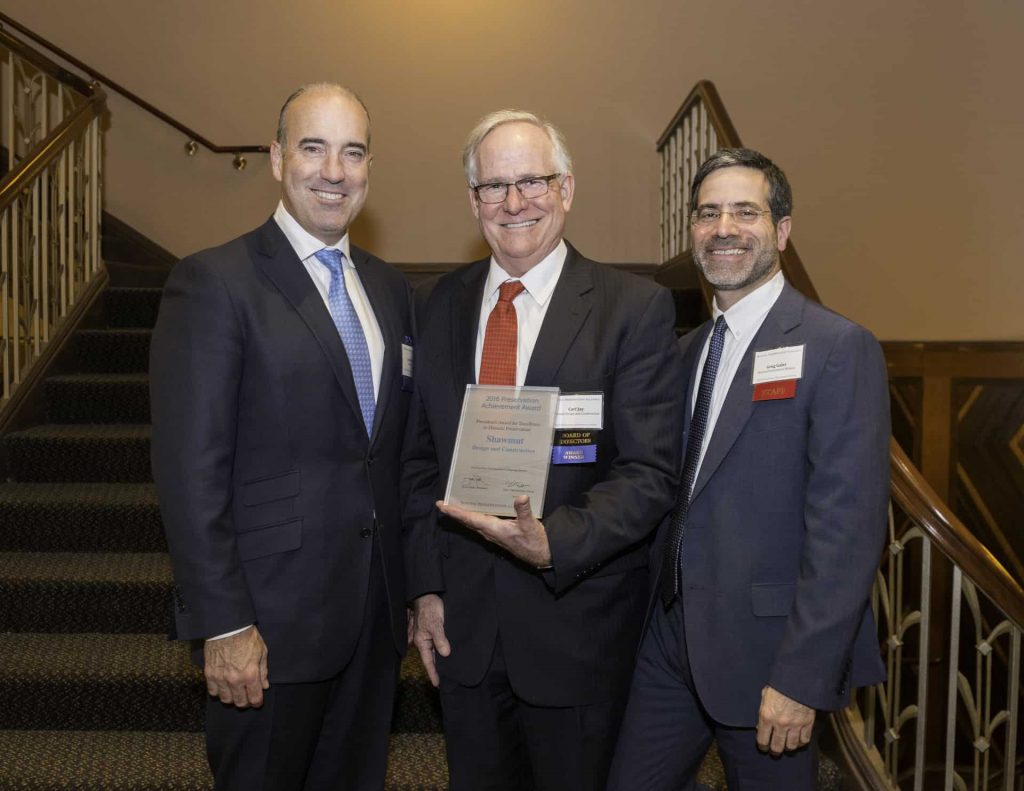 Shawmut was also honored for its work on the Bruce C. Bolling Municipal Building — a challenging project that blended historic buildings and new construction to revitalize Dudley Square. The team’s work was celebrated among 10 other outstanding projects with Boston’s most influential developers, architects, craftsmen, and preservationists, and was also the recipient of the annual fan favorite award, receiving over 4,700 votes.

“It is an honor to be recognized and come together to celebrate these landmark achievements,” said Les Hiscoe, CEO of Shawmut. “This award is a testament to Shawmut’s long history of commitment to maintaining the historic fabric of Boston.”

The Boston Preservation Alliance Preservation Achievement Awards annually honor outstanding achievements in historic preservation and compatible new construction in Boston. For more information on the awards, the winners, and their companies, visit www.bostonpreservation.org.