Monahan, a Boston Redevelopment Authority board member, became Local 103’s chief executive in 2003 after serving as a business agent for eight years. He earned his electrical license in 1986 and is credited with making Local 103 one of the region’s most respected labor organizations. 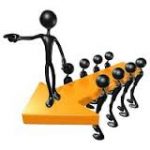 At Local 103, Monahan is a principal negotiator for 50-plus collective bargaining agreements and helps oversee over $1 billion in member benefit funds.

“Michael is a fierce advocate for responsible construction who meets every challenge with vigor,” said IBEW International President Edwin D. Hill.  “For many years, he has been one of the IBEW’s most highly-regarded visionaries, always on the cusp of innovation as it relates to the electrical industry.  I am excited a person of his caliber accepted this promotion to implement his trailblazing initiatives regionally.”

One of the most recognizable personalities in Greater Boston’s business community, Monahan was the driving force behind rebranding Local 103 as the region’s premier source for electrical and telecommunications construction.  Despite shrinking organized labor growth nationwide and a brutal economic recession, he has grown Local 103’s membership roster, market share and campus footprint to record levels.  Monahan also gained respect and credibility from general contractors, developers and lawmakers throughout Massachusetts with his sophistication and tenacious business development efforts.

“I leave Local 103 with enormous pride for what my team has and will continue to accomplish,” said Monahan, the Labor Guild’s 2007 Cushing-Gavin Award recipient.  “As a fourth-generation IBEW member, I have an unwavering commitment to serve my union when called upon.  My new job will enable me to facilitate advancement on a larger scale so future tradespeople can attain rewarding careers.”