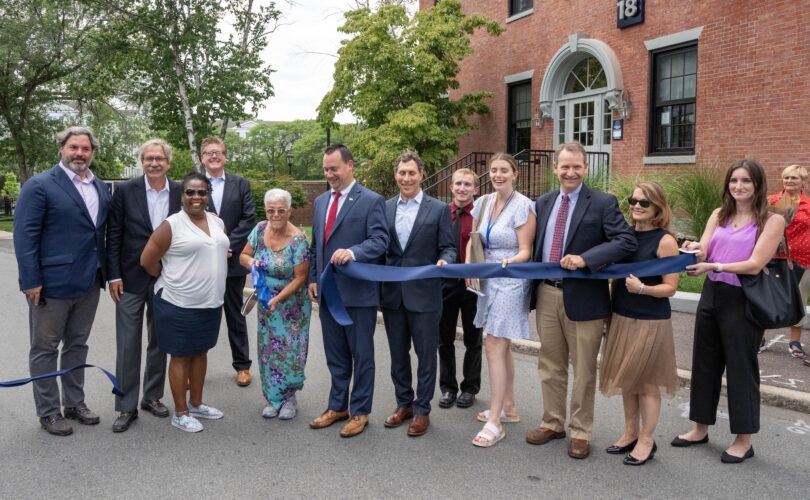 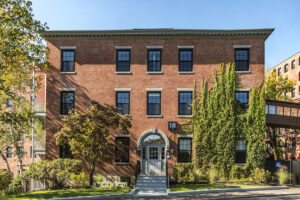 The ribbon-cutting ceremony at The Tannery, now renamed Preserve North, culminates an effort that began in the fall of 2018 when Massachusetts housing officials asked WinnCompanies to try to acquire the four-building complex to prevent it from being sold to a market rate developer, as deed-restricted affordability protections for its residents expired. WinnCompanies agreed to pursue the property in October 2018 and, with financing from MassHousing, purchased it in July 2019 in a transaction that extended the community’s affordability provisions for a minimum of 45 years. 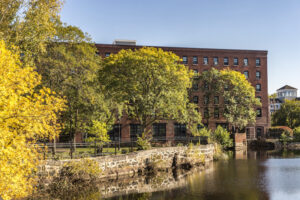 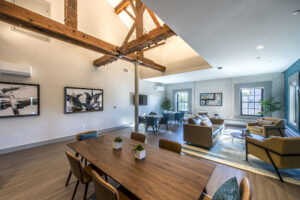 Keith Construction served as general contractor for the project and The Architectural Team served as architect.

Thirty-five apartments are restricted to households earning less than 30% of Area Median Income (AMI), 165 units are reserved for households at or below 60% of AMI, and 35 apartments are set aside for income-averaging rents at below 80% of AMI. In addition, the rehabilitation increased the number of ADA-compliant apartments from 14 to 22, creating 15 units for mobility-impaired residents and seven for the sensory impaired. 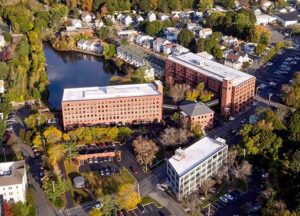 Built in the late 1800s by Arthur C. Lawrence as an industrial leather tanning facility, the property had a decaying 225-foot brick chimney, which was taken down to 15 feet and converted into a memorial recognizing the site’s critical role in fueling Peabody’s industrial growth during the early 20th century.

“Peabody’s leather history is a truly American story – one of ingenuity, hard work and community. The AC Lawrence Memorial honors the memory of the immigrants who settled here to work,” said Deborah Eskenazi, vice chairperson of the Peabody Historical Commission. “We would like to thank WinnCompanies for working with us and Mayor Bettencourt to create a lasting tribute to the men and woman that dedicated their lives to the leather industry and the development of our city of Peabody.”

WinnCompanies also paid for the repairs of a collapsing dam and retaining wall on the property, which were later conveyed to the city of Peabody.