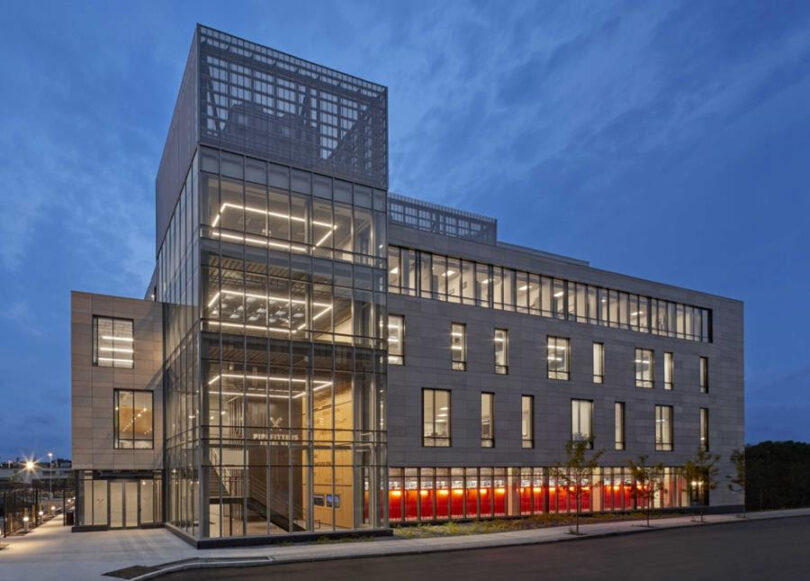 Boston – SGA announced that the New England Chapter of CoreNet Global has awarded the Best New Small Workplace Award to the SGA-designed 70,000sf headquarters of Pipefitters Local 537 in Dorchester, Mass.

The winners of New England CoreNet Global’s annual Awards of Excellence represent the best of the Boston region in corporate real estate leadership. Winners will be formally presented with their awards at the in-person Awards of Excellence Gala on October 28, at the Westin Boston Seaport District hotel.

Pipefitter’s vision was to create a 100-year state-of-the-art training facility for their union members, which incorporated the latest technology as well as the flexibility to evolve with the times as their profession is ever progressing. The new building provides ample training space, brings all departments under one roof, and engages with the local community by strategically placing the welding shop along the glass façade at the front sidewalk and adding large-scale graphics and branding in the lobby.

The many specialty spaces at the building support their equipment, training, and classroom requirements, including an 8,000sf welding workshop complete with classrooms and high-tech lab spaces. The multi-use building also features an auditorium to accommodate over 500 union members.