The Pynchon/Edgewater Apartments is a recent example of collaboration among private companies, property managers and owners, and nonprofit organizations that has resulted in significant energy savings, reduced consumption, and improved resident comfort.

As the time was coming to replace the boilers in the Pynchon Apartments, Peabody Properties investigated various possibilities and financial impact and realized that by partnering with the Center for EcoTechnology (CET), an opportunity existed to replace boilers and upgrade water heaters through participation in Columbia Gas’ Energy Efficiency (EE) Program. Through this program and CET, financial incentives were also offered. Peabody Properties approached Pynchon/Edgewater owners with this proposal, and they quickly realized the significant savings benefit. With CET paying for almost 50% of the project, the owner agreed to fund the remaining cost of upgrades.

Through this process, four 11-year-old Burnham V1112 boilers (using 10 million BTUs total) were replaced with five Lochnivar FXTLs (using 4.25 million BTUs total) at a 96% efficiency rate and an overall change in BTUs of 5.75 million. Additionally, four 11-year-old 1 million BTU hot water tanks (at 200 gallons each) were swapped out for four new 500,000 BTU Lochnivar Shield hot water tanks (at 100 gallons each), again with a 96% efficiency rate and a 2 million reduction in BTUs.

The cost of all equipment and work financial obligations totaled $168,826, all of which was eligible under CET’s and Columbia Gas’ EE program. Columbia Gas provided $70,000 as an incentive, leaving the owner to cover $98,826 for upgrades that benefited over 270 apartments.

Additionally, since these upgrades were completed in January 2016, the property saw an overall reduction in gas by 1 billion BTUs — so significant that Columbia Gas insisted in changing the meters after a few months, assuming the much lower figures they were recording had to do with a meter malfunction rather than the energy upgrades!

CET also recognized the project after its completion by naming the community a Green Business Award Winner. The center estimates that the boiler replacements and water heater upgrades save 120 tons of CO2 annually, the equivalent of powering almost 10 homes every year.

Since then, and through a partnership with Eversource and Indoor Comfort Systems (ICS), the property has further reduced the electrical costs associated with running the boilers and water heaters through variable frequency drives (VFDs) being installed at no cost. The three drives installed are valued at $2,850 each (for a total savings of $8,550), and the anticipated kWh savings is expected to average around 21,995. Given that costs are usually calculated between $0.14 and $0.17 per kilowatt, this adds an additional $3,079.30 to $3,739.15 in yearly savings.

While skeptics remain in the industry regarding the use of energy-efficient and green materials, it’s great to see how a project like this can show continual value through incentive funding by energy companies and organizations as well as yearly cost savings and impressive returns on investment (not to mention happier residents!). At the end of the day, you can’t afford not to consider these programs. 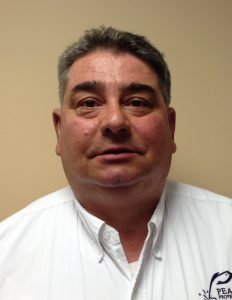