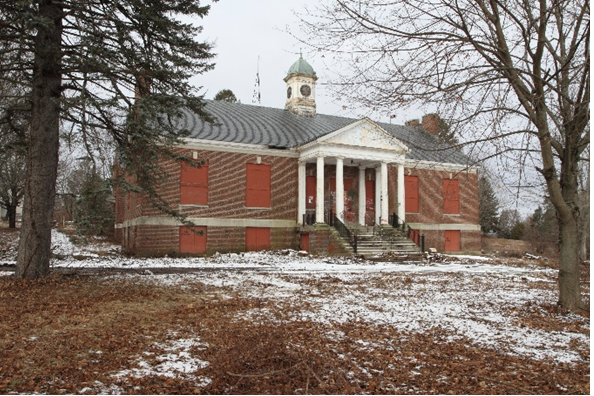 Belchertown, MA– MassDevelopment and the Belchertown Economic Development and Industrial Corporation (BEDIC) have announced the selection of Brisa Ventures, LLC to develop a 12-acre parcel of land at Carriage Grove into a new mixed-income residential community featuring approximately 100 units of housing.

In October 2020, MassDevelopment issued a Request for Interest on behalf of BEDIC for the development of the 12-acre parcel.  A review committee was comprised of the BEDIC, representatives from the town, and MassDevelopment staff.

Brisa Ventures will also preserve and redevelop the existing former Belchertown State School Administration Building into a community center, museum, cultural space, meeting space, and either a restaurant, brewery, or distillery. Construction of the development is projected to begin by the end of 2022, and is expected to be complete within 18-24 months.

The new rental housing units will be designed as a mix of two- and three-story apartment- and townhome-style residences and built to ultra-low energy use standards. They are planned to use solar energy to meet net-zero energy use. The development will also include extensive common green areas with play areas, community gathering spaces, and pathways that connect the housing units to each other and to the neighboring trail network.

Following the Belchertown State School closure in 1992, the BEDIC purchased the Carriage Grove site from the Commonwealth. The main campus of the property contained almost 400,000sf of abandoned buildings and utility tunnels with significant environmental issues that required abatement and demolition. Serving as the BEDIC’s agent, MassDevelopment has worked with the Town of Belchertown and the BEDIC since late 2012 to create a development vision and a pre-permitted master plan for the site, as well as implement the necessary demolition and infrastructure improvement program.