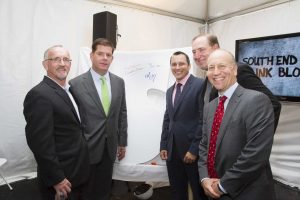 Boston – National Development was joined at a recent ceremony by Mayor Martin J. Walsh; Boston City Council President Bill Linehan; Representative Aaron Michlewitz and local neighborhood and labor representatives to celebrate the construction start of SEPIA at Ink Block, an eight-story condominium building in Boston. The 83-unit luxury development is being built at INK BLOCK South End, a mixed-use development that is transforming the former Boston Herald site on Harrison Avenue into a new hub for the South End.

Cranshaw Construction is the general contractor for the project and Elkus Manfredi Architects is the architect for SEPIA. When complete, INK BLOCK will be a total of six buildings, including a 50,000sf flagship Whole Foods Market and over 500 residential units along with ground floor restaurant and retail space. The first four buildings are currently under construction. 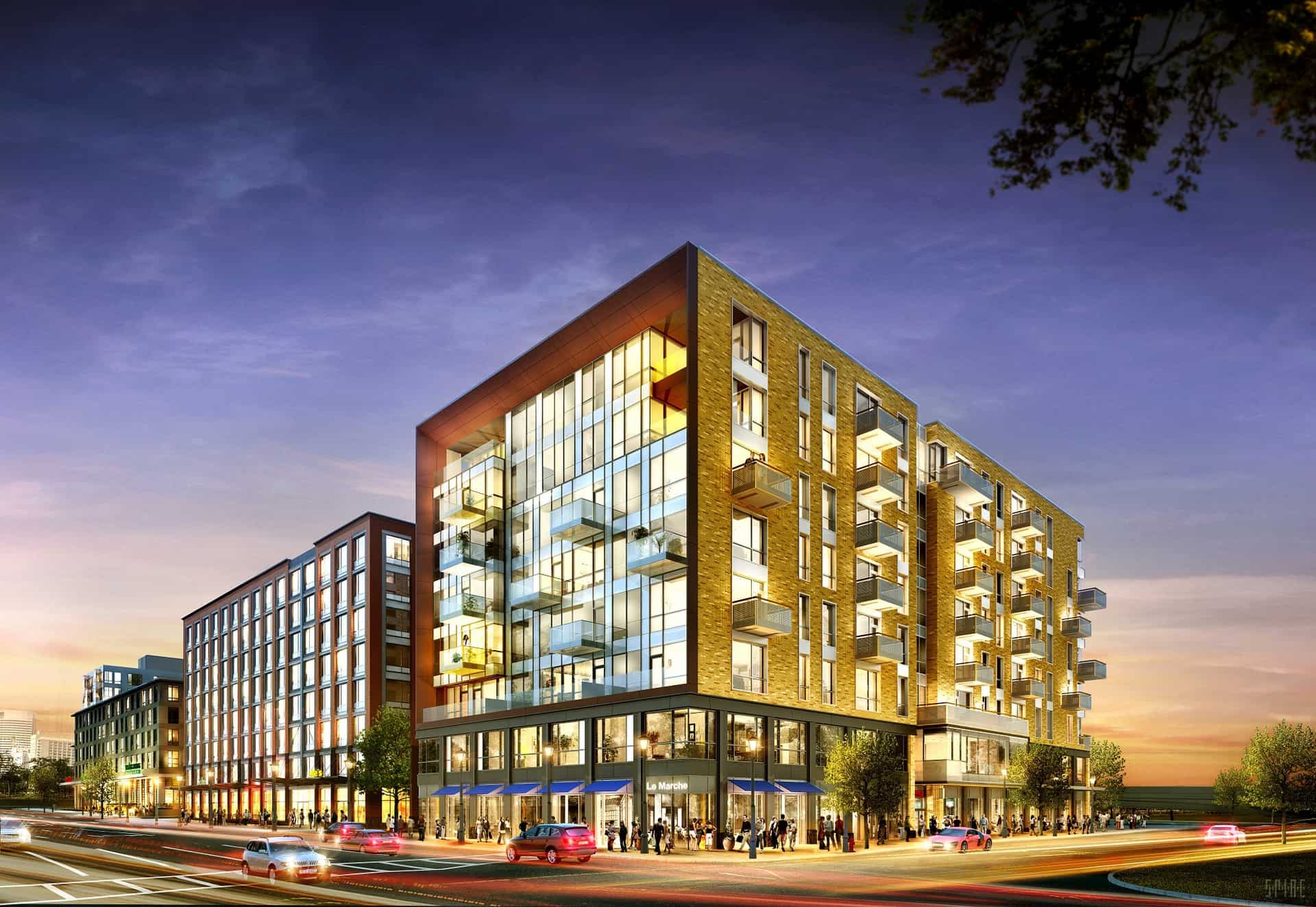 One of only a few large-scale luxury condominium projects underway in Boston, SEPIA is already 60% pre-sold with occupancy scheduled for fall of 2015.

SEPIA offers a range of units from studios to three-bedroom homes and is part of a revival that will see over 1,000 new luxury residential units within a two block area. “I want to thank Ted Tye and the team at National Development for bringing this exciting project to life,” said Mayor Martin J. Walsh.

SEPIA at INK BLOCK offers a sophisticated design, luxury-level services and a vibrant lifestyle, all of which have proven to be appealing to both current urban residents as well as those migrating into the city from the suburbs.

The flagship 50,000-square-foot Whole Foods Market will be the grocer’s largest location in the City of Boston and the first full-size grocery store in the South End.

“This is an important milestone for the entire INK BLOCK project and we’re very pleased with the reception from the neighborhood and specifically SEPIA buyers,” said Ted Tye, Managing Partner, National Development. “This building introduces a truly unique product to Boston’s condo market and plays a major role in furthering our vision for INK BLOCK as the most stylish new location to live in Boston.”

SEPIA is uniquely positioned in the heart of the South End, which is known for its walkable streets, locally owned boutiques, award-winning restaurants, live music, dog parks and more. In addition, the development is strategically located right off I-90 and I-93, just minutes from Logan International Airport, and within a short walk from the Back Bay, the Financial District, major medical centers and South Station.