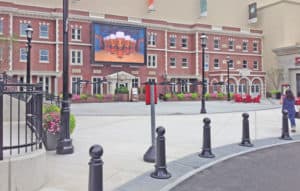 Allen & Major (A&M) provided multi-disciplined services on the project which included the engineering design, permitting and construction of the main site, the Daycare/Headstart center at the corner of Main and Union Streets, the relocation of the Springfield Rescue Mission in the former Orr Cadillac building at 10 Mill St., and a workshop building with K-9 kennels located at 99 Union St. 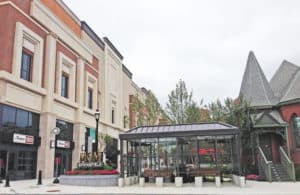 A&M’s Land Survey division provided all survey services on the project from inception to completion. Its Civil Engineering division provided master planning support, site design, permitting and construction oversight.  The design work comprised of site design, including layout, grading, drainage, utilities, as well as coordinating with the numerous design consultants and team members. The two most challenging areas of coordinated effort were utilities and stormwater.

The standout efforts of the entire design team are reflected in the award recognitions for this project that has also received the Paul & Niki Tsongas Award from Preservation Massachusetts.