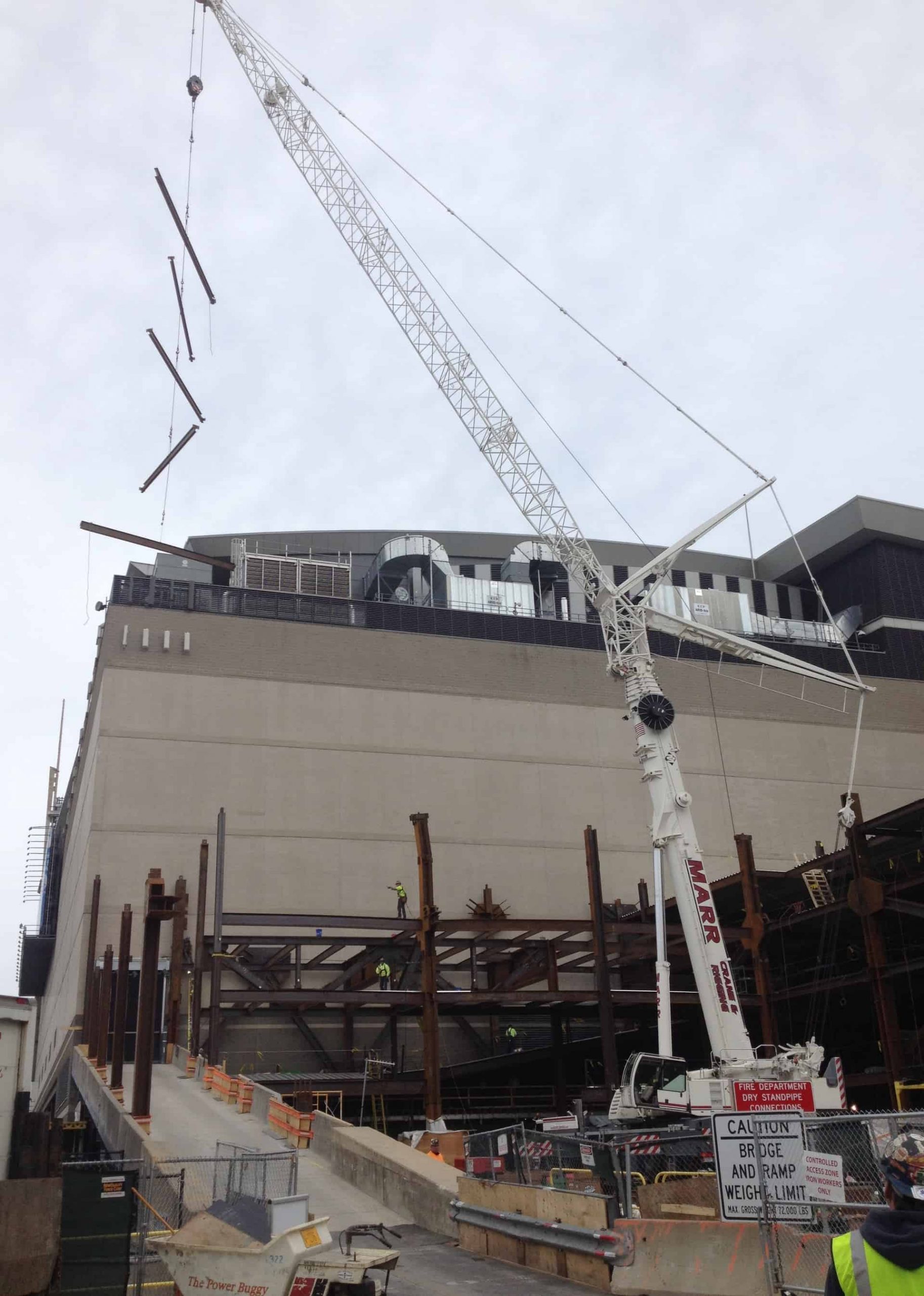 In the fall of 2014, Daniel Marr & Son started work for Cives Steel Company, who was contracted through AvalonBay Communities for their newest project in Boston — a high-rise residential building currently under construction at North Station with general contractor John Moriarty & Associates.

Standing 415 feet high and comprising 38 stories upon completion, this $250 million complex will stand out in 2017 as the tallest residential building in the area, towering over the TD Garden and Thomas P. O’Neill Federal Building. In addition to luxury units, AvalonBay will include 30 units for low-to-moderate income tenants to comply with the city’s affordable housing policy. The project will also include retail space in a new passageway through the base of the building, which will run between Nashua and Causeway streets and open up the space nicely to pedestrian traffic.

The scope of Daniel Marr & Son’s work is erecting the steel superstructure of the 38-story high-rise and installing the precast concrete façade. Cives has produced approximately 7,500 tons of steel, with individual pieces weighing as much as 43 tons, while BPDL Inc. has supplied the precast concrete for the site. Currently, Marr is in the first phase of construction, which is the erection of the podium (ground level to the 7th floor) using two cranes: Marr Crane & Rigging’s 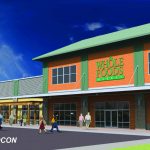 300-ton Leibherr and AmQuip Potain MR605 tower crane. In the second phase of the steel erection, which entails the 7th to the 38th floor, a second tower crane will be utilized to complete the work through the fall/winter of 2016.

Marr’s project personnel have been working with a very skilled and dedicated crew of iron workers to successfully meet the demands of the project and also make accommodations for the high-traffic location. With the project situated over existing MBTA facilities at North Station and alongside TD Garden, commuter and game schedules complicate the working hours and make for little flexibility. Additionally, crews have had to work around the old “elephant ramp,” which was designed at a specific height to allow for elephants to climb and enter into the Garden, home of The Ringling Brothers and Barnum & Bailey Circus.

Fortunately for the Marr crew, the circus is out of town so they only have to work around humans and trucks on the access ramp today.