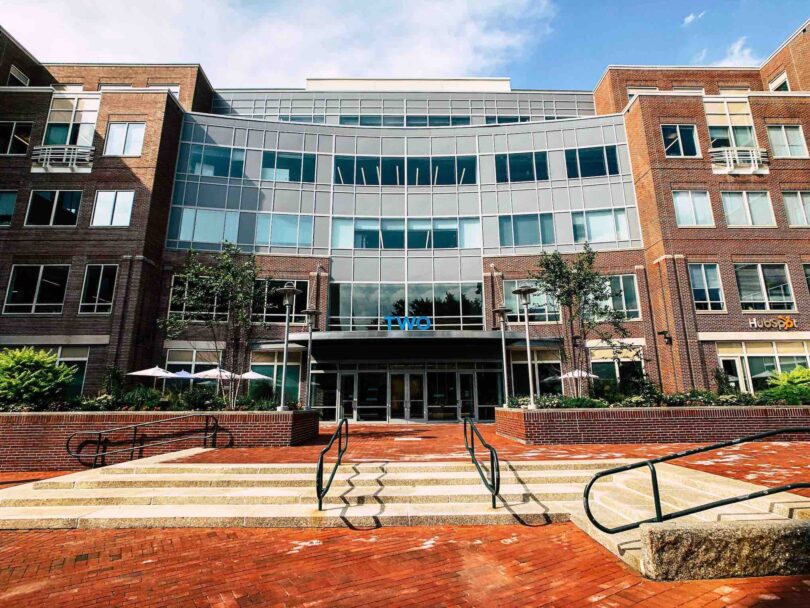 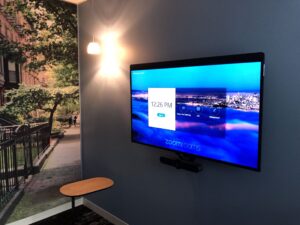 Flat screen monitors were installed in meeting and conference rooms.

LAN-TEL supervised its crew of IBEW Local 103 technicians in the four-month project, which began in August and was substantially completed in early December. HubSpot will take occupancy in January.