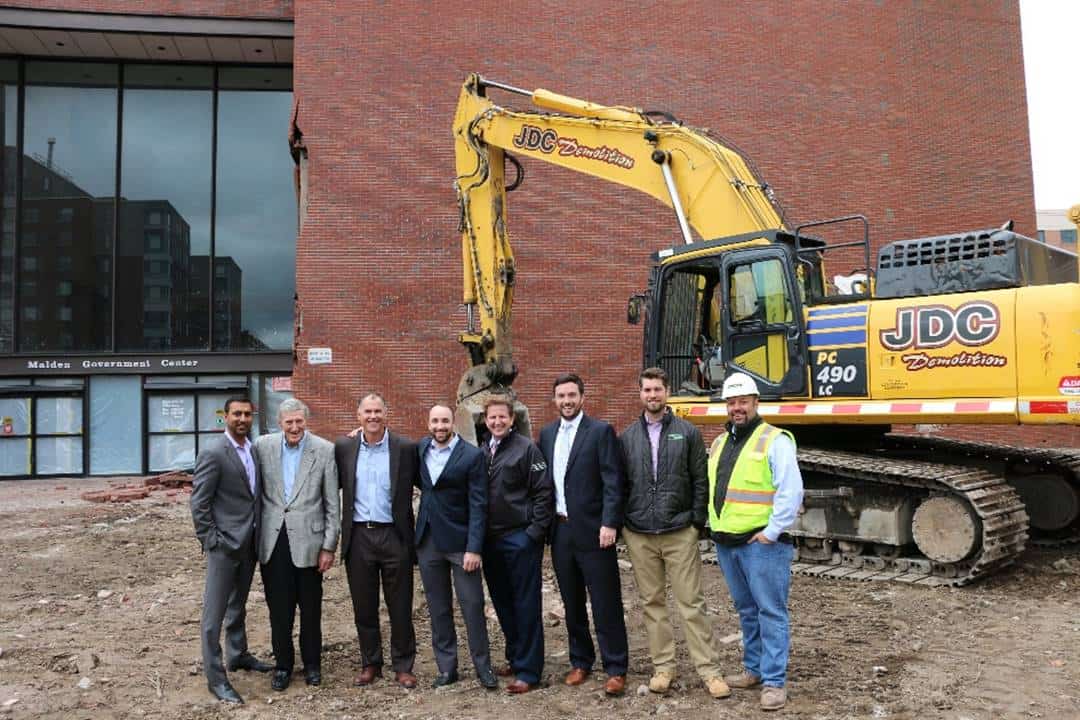 The 546,881sf mixed-use redevelopment project is slated for completion in 2019.

The property will include 320 residential units, 45,000sf of office space, and 22,500sf of street-level retail spaces. Amenities will include a new public park and common space, glass sky-bridge, a fitness center and yoga room, club lounge and conference space, a pool, pergolas, fire pits, outdoor kitchen, and a roof deck.

Patrick Callahan, president of Callahan Construction Managers, said, “It’s truly meaningful to be involved in the construction of a property that will contribute to the revitalization of Malden Center into a thriving, walkable, mixed-use community.”

“Jefferson Malden Center is truly a gateway project, and we appreciate the combined efforts of all those that have been involved in bringing the project to fruition,” said Christopher Burchard, senior vice president and partner of Jefferson Apartment Group.