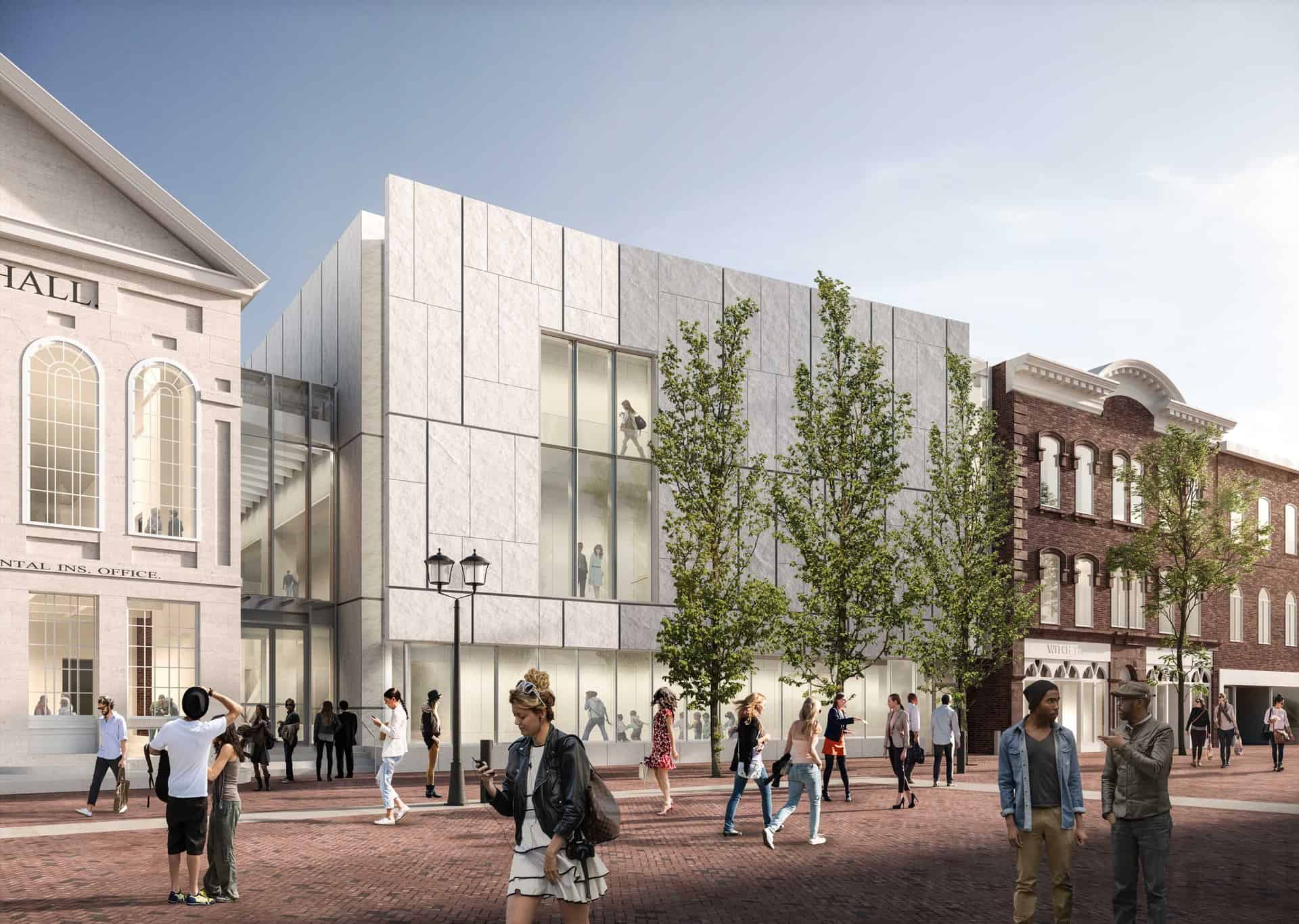 The 40,000sf addition to the museum features 15,000sf of galleries, a light-filled atrium, entrance for school and group tours, links to existing galleries, and a new garden. The new façade was designed to complement East India Marine Hall, the museum’s first building and a historical landmark.

Griffin Electric’s onsite services include select demolition and generator distribution upgrades, along with fire alarm enhancements to support the expansion phase. Additionally, the Griffin team is contracted to replace the existing electrical feeder services and install an extensive lighting system, audio/visual system, power throughout, and enabling for fire alarm systems.

Griffin has an ongoing relationship with the Peabody Essex Museum, providing the electrical installation services for several projects within the facility from 1999 to present, including new construction, renovation, and restoration projects.