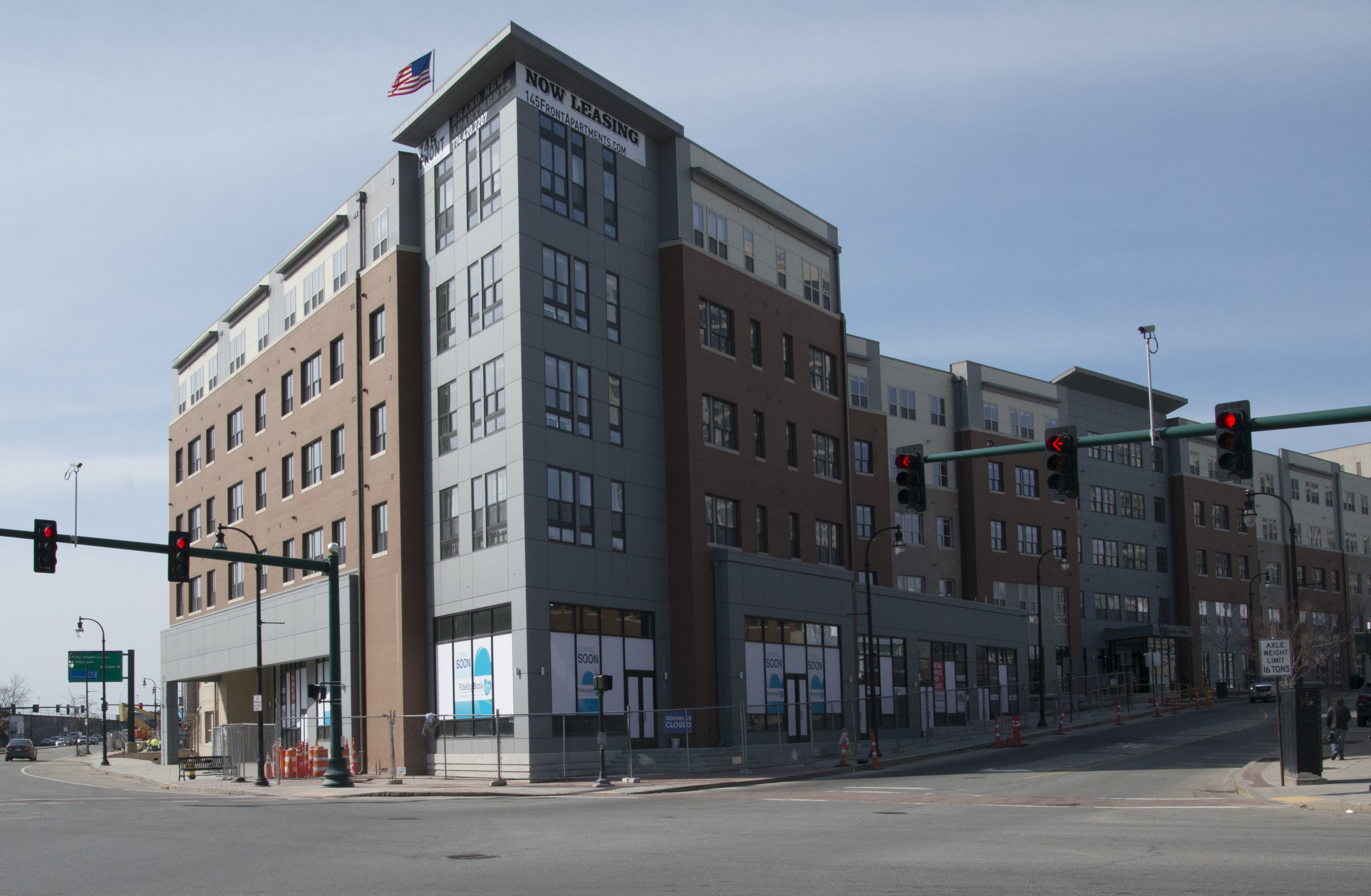 Designed by ICON Architecture, this mixed-use property houses four retail spaces along the perimeter of the ground-level. Between the two buildings, residents can also enjoy courtyards, an outdoor pool with fire pits, grilling stations, and areas for entertaining guests.

Working on a tight downtown site, Erland implemented solutions, such as just-in-time deliveries and a leave-out-bay tunnel to get materials into the courtyards.

During the initial phase of this project, which began in February 2016, Erland constructed the first building: a wood frame over steel podium structure that transitions from five- to six-stories.  The second phase, which was recently completed this spring, is a five-story building with 128 units.  So far, more than 97 residential units have been leased at City Square. 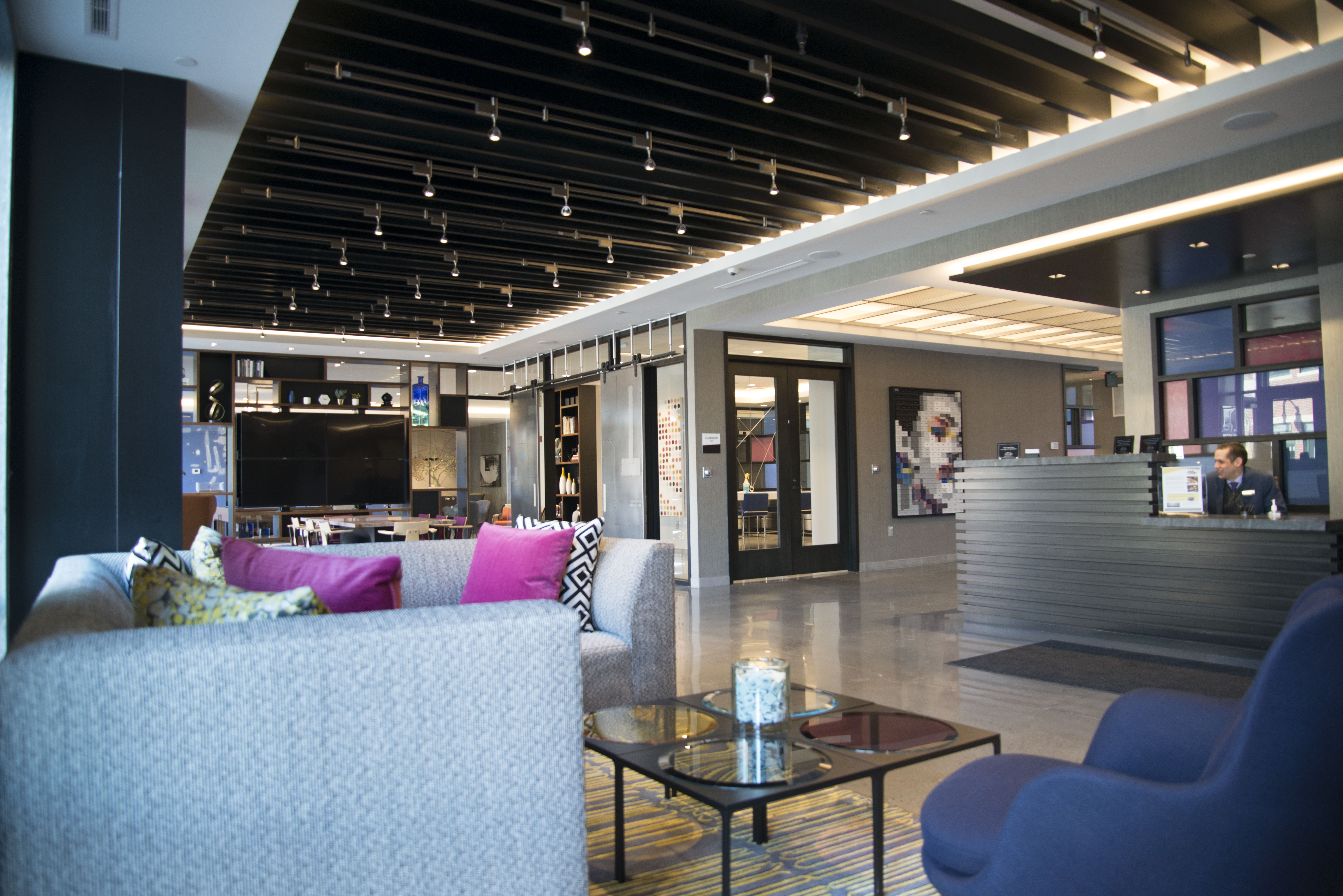 “We are extremely proud of our team’s accomplishments with coordinating the construction of an outdoor swimming pool and interior courtyards where residents can find relaxation and entertaining options,” said Eric Greene, Residential Group Manager, Erland Construction.  “Safety is always a top priority for us and we successfully managed an average of 150 project members on site daily over the course of the project – another great accomplishment for our project team.”

Just walking distance from the city’s downtown with dining, entertainment, local businesses and public transportation, this amenity-filled property is the fourth residential project Roseland has partnered with Erland on. 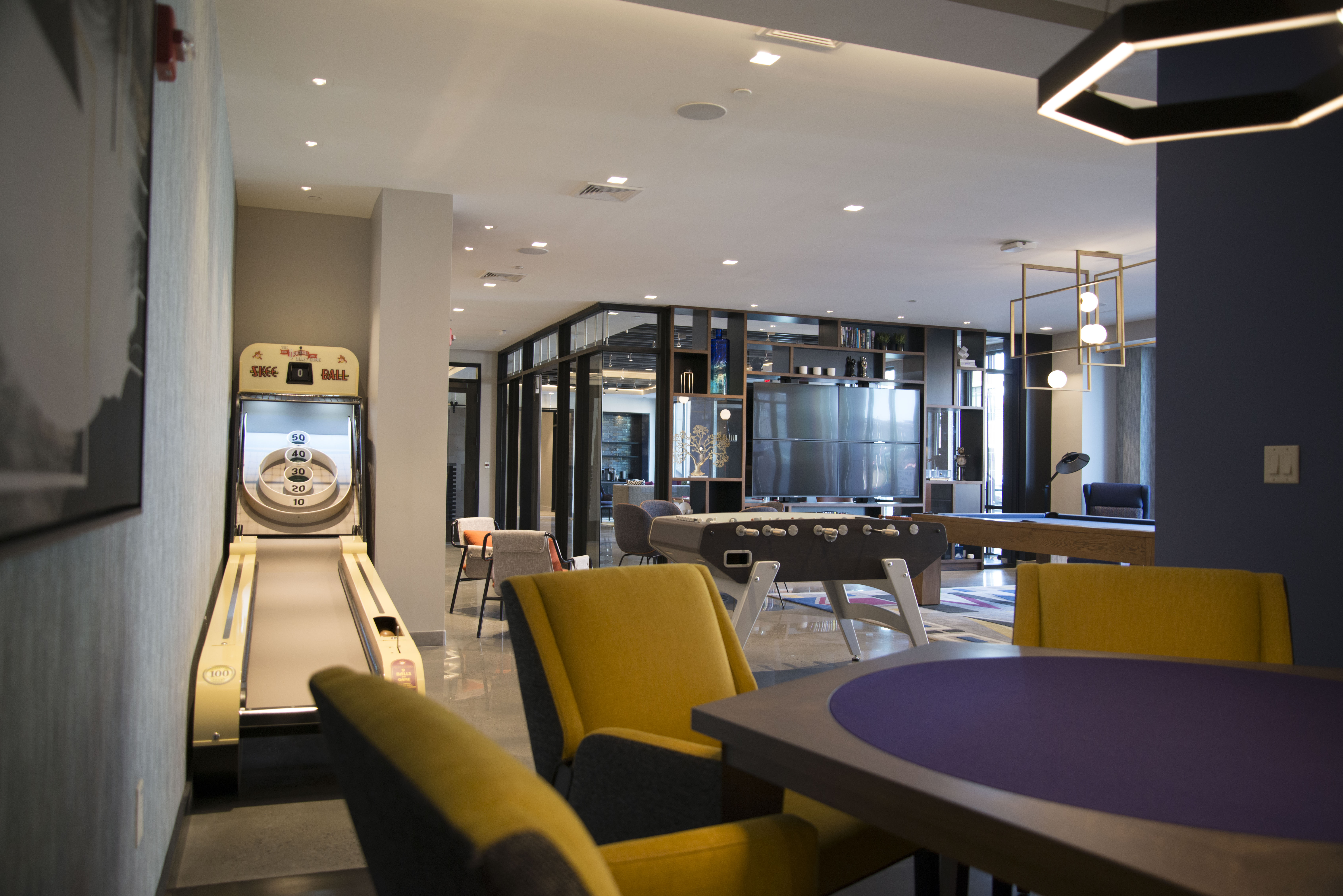 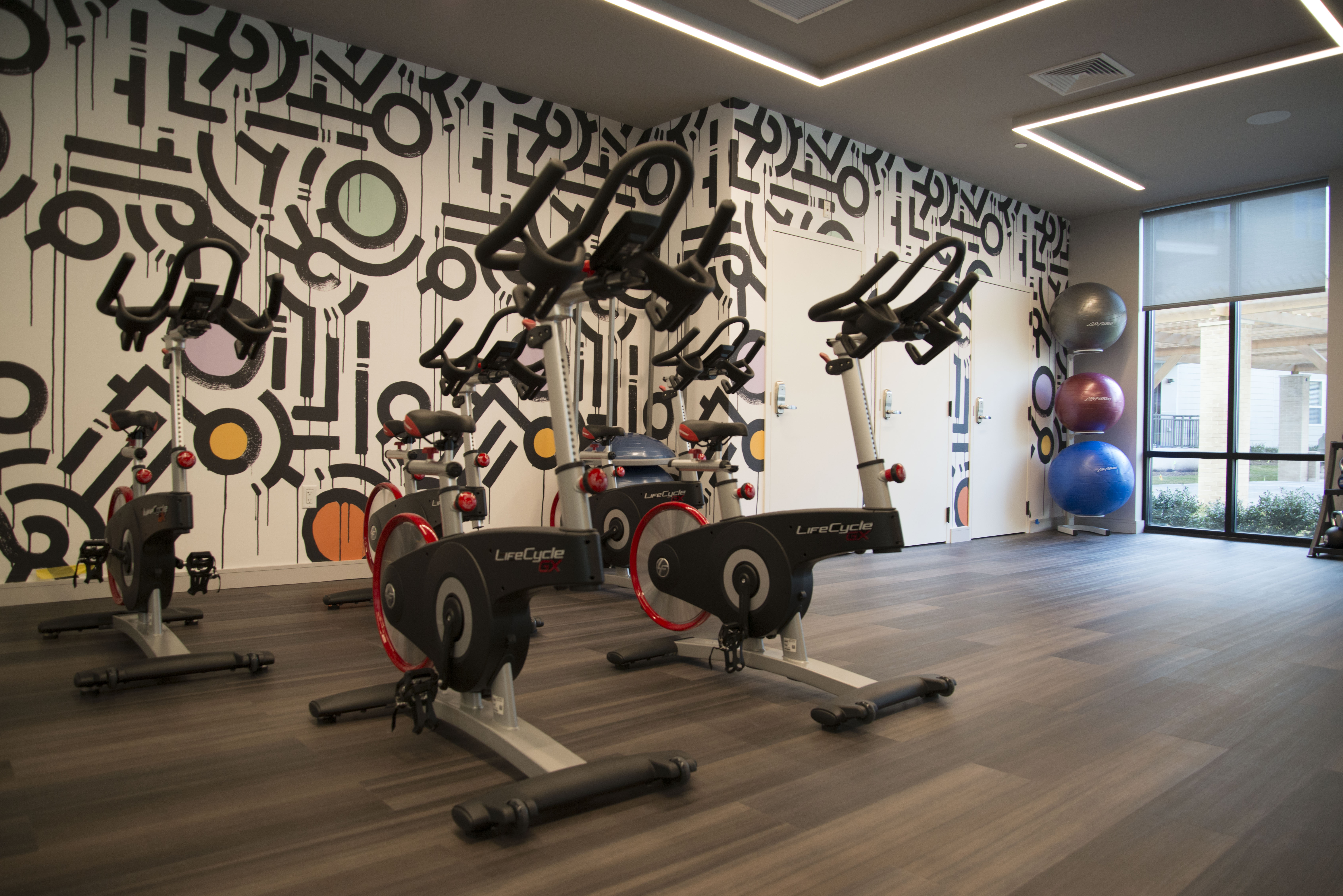