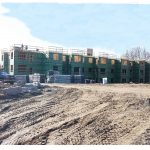 Manchester, NH – Denron Plumbing and HVAC, LLC. is working with Dellbrook Construction of Quincy, Mass. on the Tara Heights project, located at 8 Digital Drive in Nashua, N.H.  Phase I of the project, consisting of 180 apartments and a clubhouse, was complete in August 2013.

Denron is currently working on Phase II-A, which started in October 2013 and consists of 144 apartments. The owner recently elected to move forward with Phase II-B, 240 apartments and a clubhouse. Denron was awarded the contract for the third phase of the project. 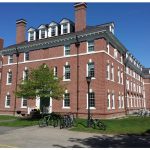 Denron also is working with Cutler Associates to completely replace the plumbing and HVAC systems in Webster Hall at Phillips Exeter Academy in Exeter.

Webster Hall is a five-story dormitory building and consists of approximately 38,000sf.  This project is on a fast-track schedule to have the work completed before the opening of school at the end of August 2014.

Denron and Cutler Associates have worked on many projects together.