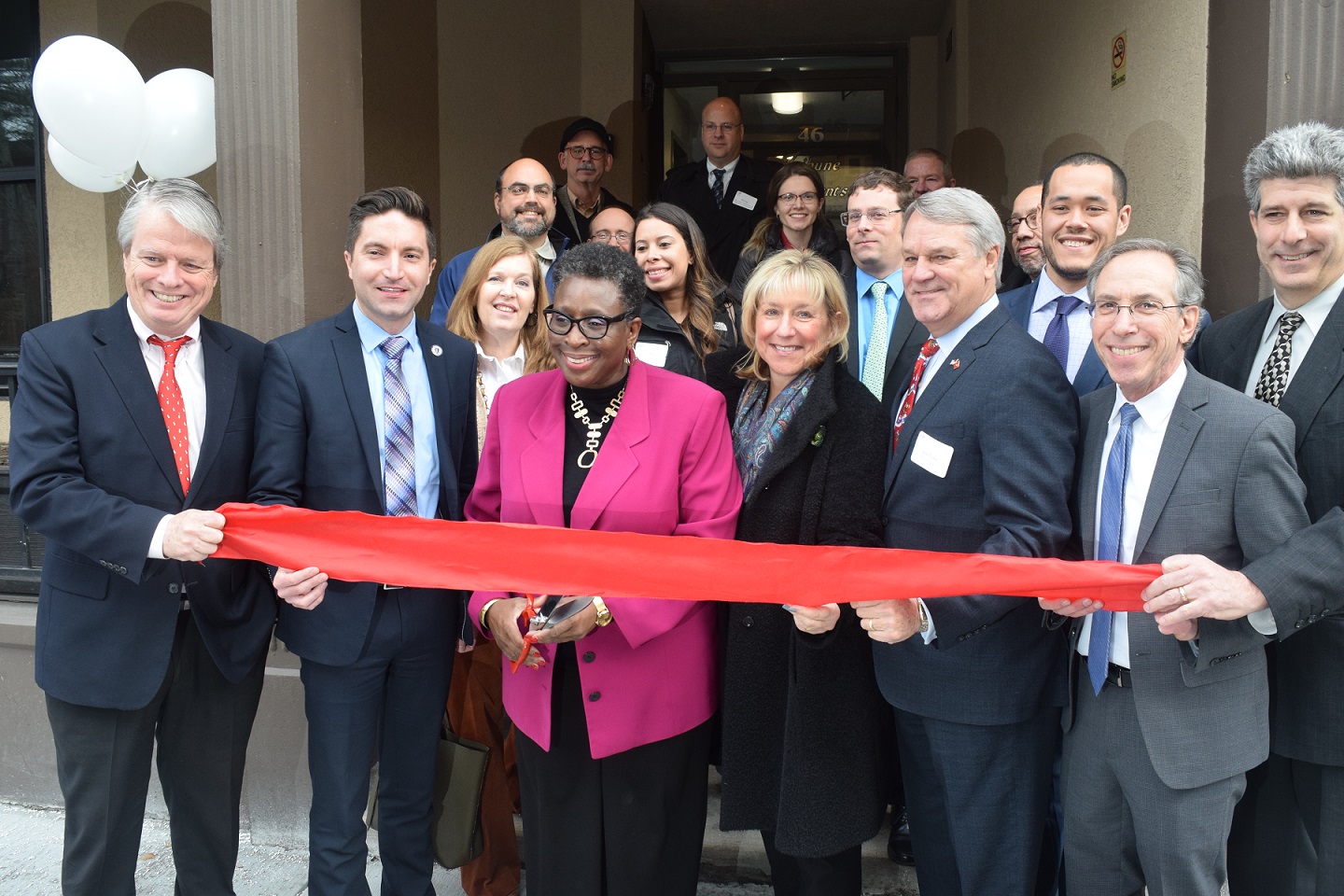 Framingham, MA – Members of multi-market general contractor Delphi Construction gathered with representatives from Preservation of Affordable Housing (POAH), MassHousing, city and state government officials, and members of the community for a ribbon-cutting ceremony to celebrate the completion of the Tribune Apartments renovations.

The scope of work completed by Delphi on Tribune Apartments includes the full renovation of 53 units, interior common areas, exterior repairs, and sitework. Apartments vary in size from studio units to two-bedroom apartments. Included in the total number of units are three handicapped-accessible units. All units and common areas received electrical upgrades as well as a new fire alarm and fire suppression systems. In the common areas, new compliant handrails in the stairwells have been installed.

“We appreciated the opportunity to work once again with our client, POAH. We are pleased that our team was able to play a role in delivering a final product that was met with such enthusiasm and one which will bring benefit to the residents and the larger community of Framingham,” Shaw said.

Tribune Apartments, a 53-unit, affordable housing development in Framingham, is housed in what was two separate buildings, The Tribune Building, and the Victory Building. The Tribune building was originally built in 1890 and housed the Framingham Tribune Newspaper. While the Victory building was not built until the early 1900s. In 1982, both buildings were converted into their current use of affordable housing for disabled adults and senior citizens. POAH acquired the property in 2013, with plans to make significant repairs and renovations, and invited Delphi to complete the rehabilitation.