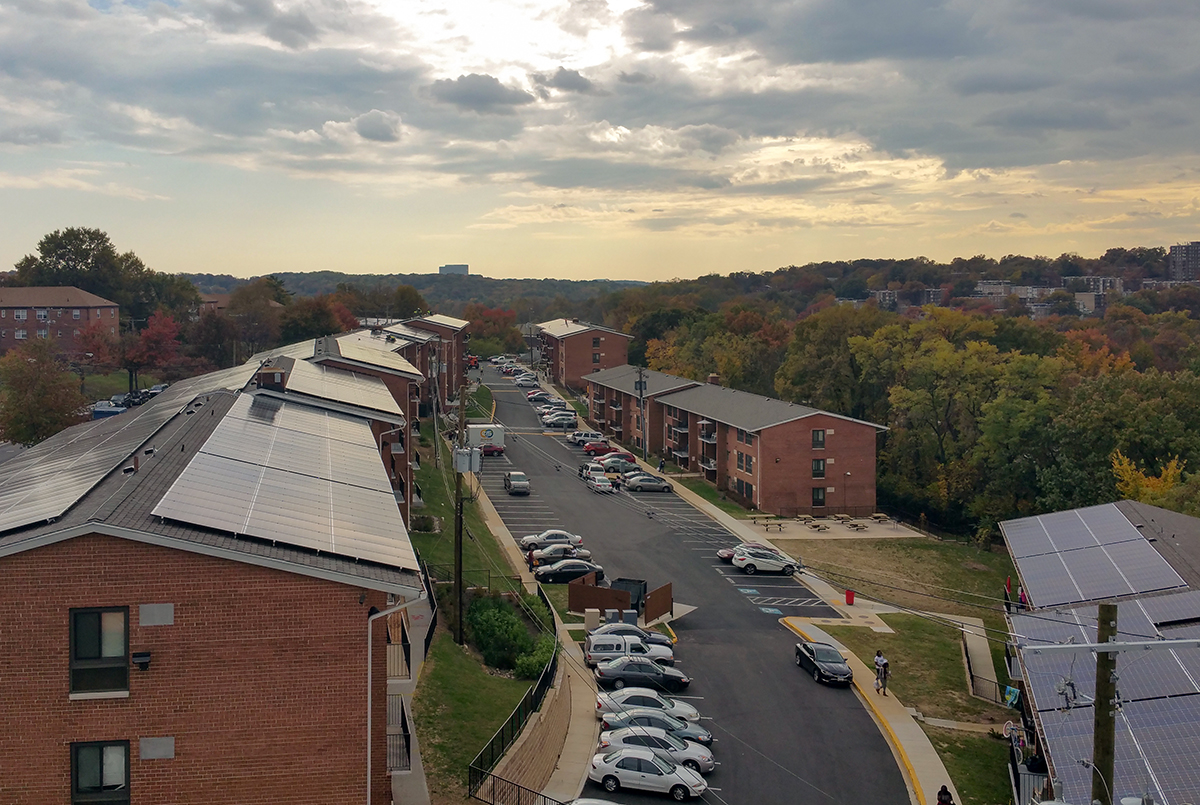 Washington, D.C, – WinnCompanies recently joined with Mayor Muriel Bowser to mark the completion of work that improved the quality of life for 750 low-income residents. It also installed the District’s largest community solar project to reduce energy bills for struggling residents throughout the nation’s capital.

The two-year, $69 million effort at Atlantic Gardens and Atlantic Terrace apartments, which have been renamed as Atlantic Apartment Homes, completely modernized the community’s homes and common areas, introduced new and enhanced social services for residents, and installed a 651 KW community renewable energy facility on the roofs of Atlantic Terrace.

Keith Construction was the general contractor for the project with The Architectural Team as the architect. WinnCompanies acquired the two properties in 1982, occupying eight acres along 3rd and 4th streets in Southeast.

The clean energy from rooftop solar panels installed at the property will be fed into the District’s utility grid through an arrangement known as net metering. The savings will then be passed back to qualified low-income residents through credits reflected on their utility bills. In addition, Atlantic Apartment Homes now qualify as an Enterprise Green Community, thanks to energy efficiency improvements made during the rehab work.