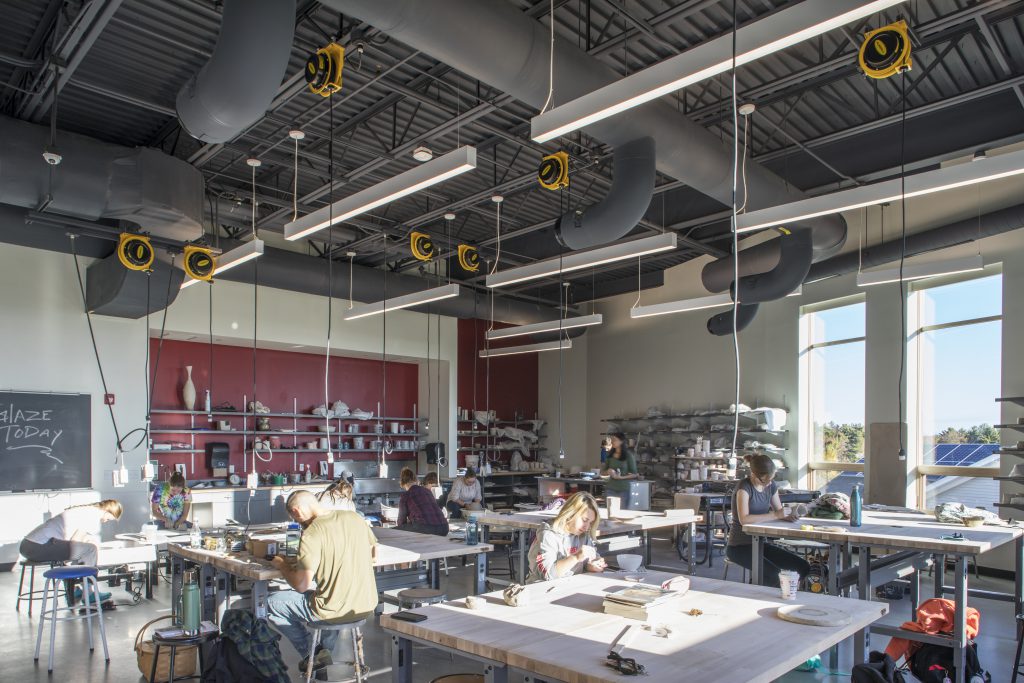 Manchester, NH – SLAM Collaborative, designer of the Center for Art + Design at Colby-Sawyer College in New London, NH, received the Honor Award at the AIANH’s 2018 Excellence in Architecture and Design Awards held at The Currier Museum of Art in Manchester on January 5th. The Honor Award is the highest recognition of works that exemplify excellence in architecture. North Branch Construction is proud to have been the Construction Manager for this project, working alongside SLAM Collaborative to bring the Center for Art + Design to life. 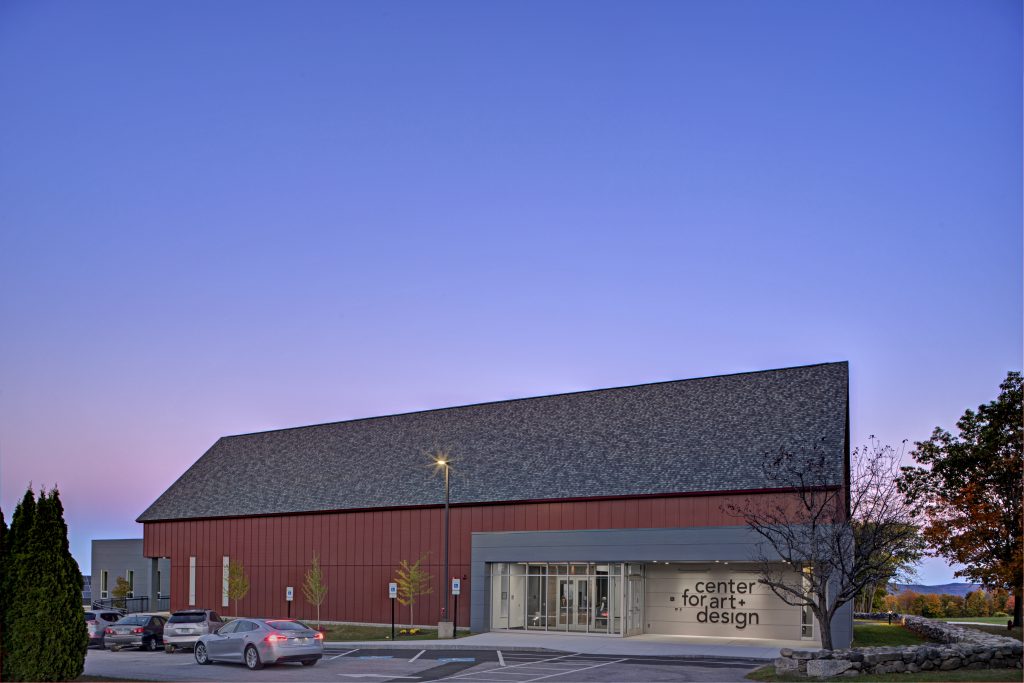 North Branch Construction’s Project Manager Joseph Campbell and Project Executive Kenneth Holmes joined the lead Project Architect Mark Rhoades on stage in acceptance of the award. The AIANH Excellence in Architecture Awards Program was instituted in 1983 for the purpose of providing public and professional recognition for architectural projects of design excellence by New England architects. Each entry is judged on the following criteria: overall design excellence including aesthetics, clarity, creativity, appropriate functionality, sustainability, building performance, and appropriateness with regard to fulfilling the client’s program.