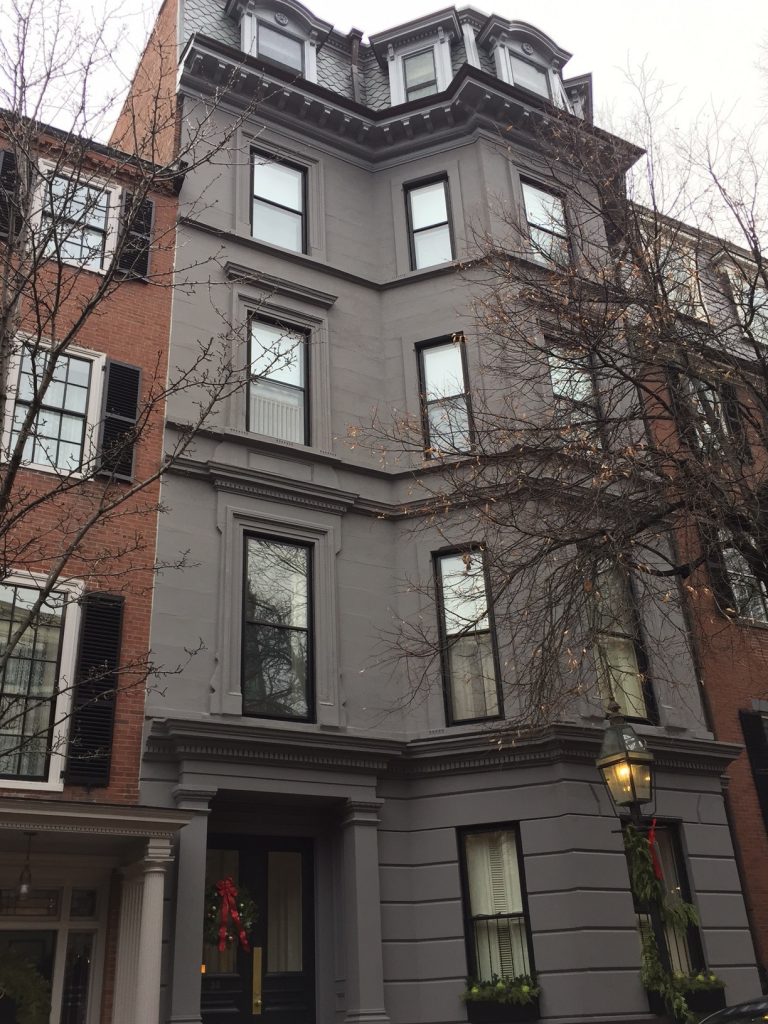 The Condominium Association contacted Abbot in the fall of 2015 to reevaluate the condition of the front of building. Abbot determined that a previous restoration it performed in 2003 was still in excellent condition. However, the new investigation uncovered deterioration on the mansard windows and dormers that were not part of the original restoration work.

Abbot was contracted to perform repairs in the spring of 2016. The repairs consisted of wood dormer restoration, including removing all of the trim around the mansard windows and some of the wood framing, and replacing the deteriorated wood with new wood. The dormer roofs were removed and replaced with new roofing.

Below the mansard, Abbot hammer-tested the brownstone and removed any defective regions. These areas were repaired with a special brownstone-colored repair material as directed by the Beacon Hill Architectural Commission. The commission’s rationale for requiring special-colored repair material was the understanding that if the coating were ever removed from the façade in the future, the new repairs would match the original brownstone to create a natural appearance.

Finally, Abbot recoated the brownstone façade with the same approved color coating to create a uniform appearance, and caulked and painted all of the windows and the front door.