Governor Gina Raimondo recently joined state and local officials, representatives from Wexford Science and Technology, Brown University, the Cambridge Innovation Center, Johnson & Johnson, and members of the public to break ground on the Wexford Innovation Complex. The projects, which are being constructed on former I-195 land in the heart of Providence’s Innovation and Design District, will generate approximately $100 million in additional revenues to the state over the next 20 years. 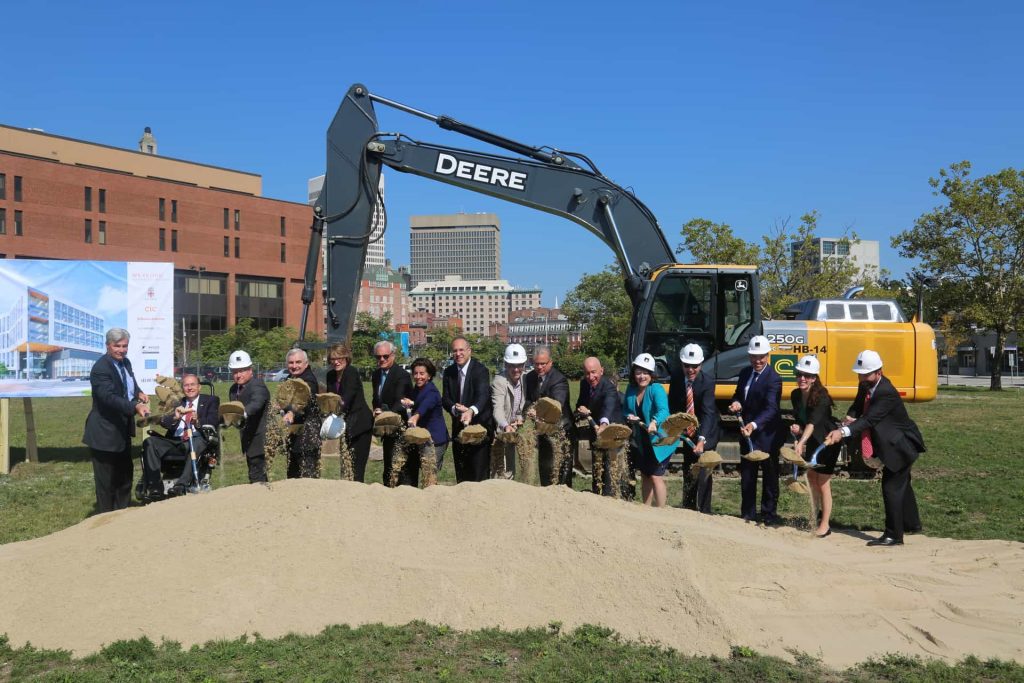 The Cambridge Innovation Center, Brown University’s School of Professional Studies, and Johnson & Johnson will be tenants in the nearly 195,000sf Innovation Building. Construction is expected to take approximately two years.
“Today marks the start of something transformational, not just for this land, but for our state and its economy. This complex will become the epicenter of Rhode Island’s resurgence, creating jobs at every rung of the ladder, from janitors to PhD computer scientists.” 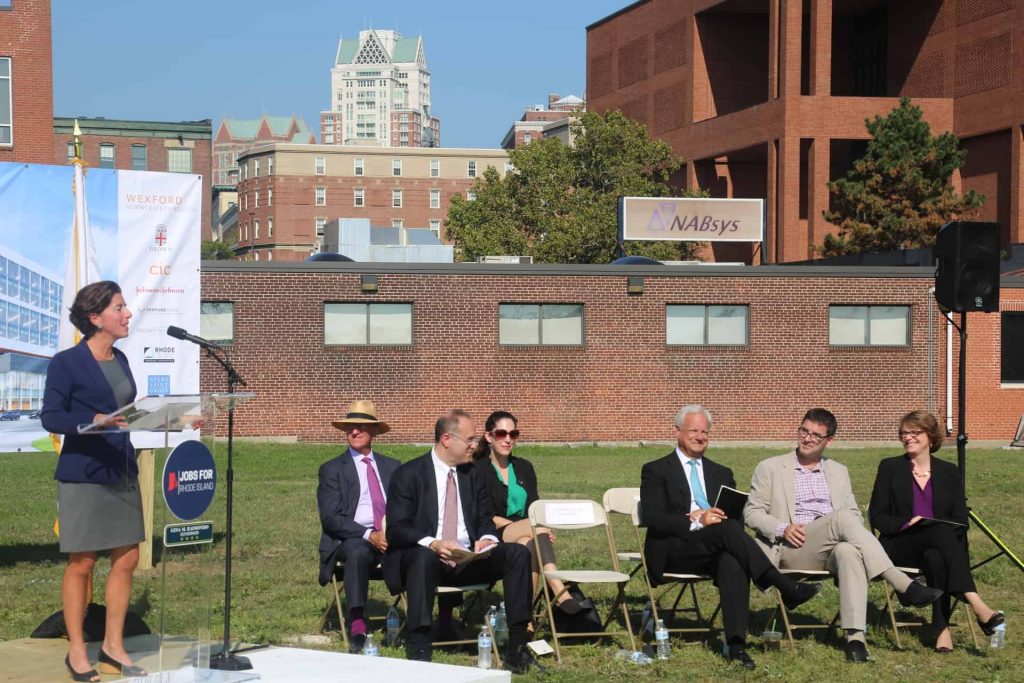 In addition to the 66,000sf in the Innovation Complex, CIC is planning to locate an 8,000sf Innovation Hall and Venture Cafe-dedicated civic spaces that are modeled after CIC’s highly successful District Hall in the Seaport District of Boston, where the innovation community can gather and exchange ideas.

The total cost of the Providence Innovation Center is expected to amount to approximately $88 million. The project is receiving $18.8 million in incentives from the 195 Redevelopment Fund and $13.5 million in net Rebuild Rhode Island Tax Credits. The Providence Innovation Center itself will create over 675 direct and indirect construction jobs and lead to over 800 direct and indirect ongoing jobs, according to Appleseed Inc, a third-party economic analysis firm.