Editor’s note: The following is an excerpt from The Pipeline: News and Information about the Eastern Massachusetts Plumbing Industry 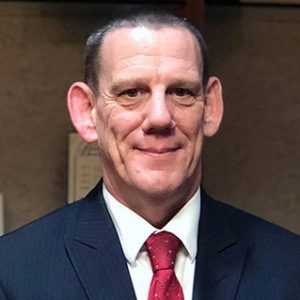 When the United Association appointed Harry Brett, Local 12’s business manager, to the position of special representative for the New England region, it left a leadership void at the union. In early 2020, Tim Fandel was elected to head Local 12. For the new business manager, the role was many years, and generations, in the making.

Plumbing and Local 12 are something of a tradition in the Fandel family. Tim’s dad, Hank, now retired, worked as a Local 12 plumber and taught the trade at a vocational school. Tim’s uncle and Hank’s brother, Jack, was also a plumber and served as the director of the local’s training center. Tim’s grandfather and Hank’s father, William J. Fandel II, was a plumber and was one of the first Local 12 members to draw a pension when it became available in the mid-1950s. Tim’s great-grandfather, William J. Fandel, began the tradition. He emigrated to the U.S. from Germany in the late 1880s and found work as a plumber. Tim’s brothers, Hank Jr. and Sean, and his cousin, Danny Weeder, are also Local 12 members.

Fandel has childhood memories of his father and uncle putting on their sport coats to attend union meetings (That was back in the day when people would get dressed up for such occasions). “At first, I didn’t know what the heck they did at union meetings,” he says. “As I got older, however, I slowly understood more about Local 12 and unions and the impact they had on me and our family. They were lessons to be learned.”

Despite his family’s ties to the industry, Fandel says that he didn’t think about plumbing or other construction trades while he was in high school. He did, however, consider a career as a chef and was accepted to Johnson & Wales, the culinary school in Rhode Island. Fandel instead opted to get a job (although he still loves cooking for his family and friends), and in 1982 went to work for Streeter Plumbing and Heating. He also went to school nights to get his plumbing license. His dad was the instructor. It was also his father who gave him the phone number of Irving Streeter and handed his son old tools that had been used by generations of Fandels.

Although he had no hands-on experience, Fandel quickly acclimated and enjoyed the work. Streeter Plumbing, based in Winthrop, did mostly residential projects including service, new construction, and kitchen and bath remodeling. It allowed Fandel to develop a broad base of skills.

He became a Local 12 member in 1983. As was the convention back then, Fandel was indentured to one shop, Maurer Sforza Plumbing and Pipefitting in Needham, for the duration of his four-year apprenticeship. His first project, which lasted three years, was a large research and development facility at Harvard University. Joe Croce, who now leads Local 12’s retirees, was the job’s foreman. After he got his journeyman’s license in 1987 and his master’s license a year later, Fandel stayed with Maurer Sforza. He later went to work for larger shops including J.F. Shine Mechanical and American Plumbing and Heating.

Soon after he joined Local 12, Fandel got involved in the organization’s politics. “It’s what the plumbers in my family did,” he explains. “There is a sense of giving back to the union and to the industry. There are probably few positions in the local that I haven’t held.” The experience gave him a broad-based understanding of the union. It also allowed him to develop ties with many of the local’s leaders, who encouraged him to run for office. In 2006, he tossed his hat into the ring and was elected as a business agent, a position he held for 14 years.

During many of those years, he worked alongside Brett, who was also a business agent before he was elected as Local 12’s business manager in 2013. “He’s been my partner every step of the way,” Brett says, referring to his successor and friend. “Tim has a wonderful way of dealing with people. He’s not afraid to act. He’s the right guy and the members know it.”

Coming into the role of business manager, Fandel inherited a good working relationship with the plumbing contractors that employ Local 12 members. He considers himself lucky and credits Brett for nurturing the relationship. Fandel thinks it is critical for both parties that they work together amicably, and knows that it’s not always the case for labor groups and the companies that hire them. “It’s one of the great strengths for both the local and the contractors,” Fandel says.