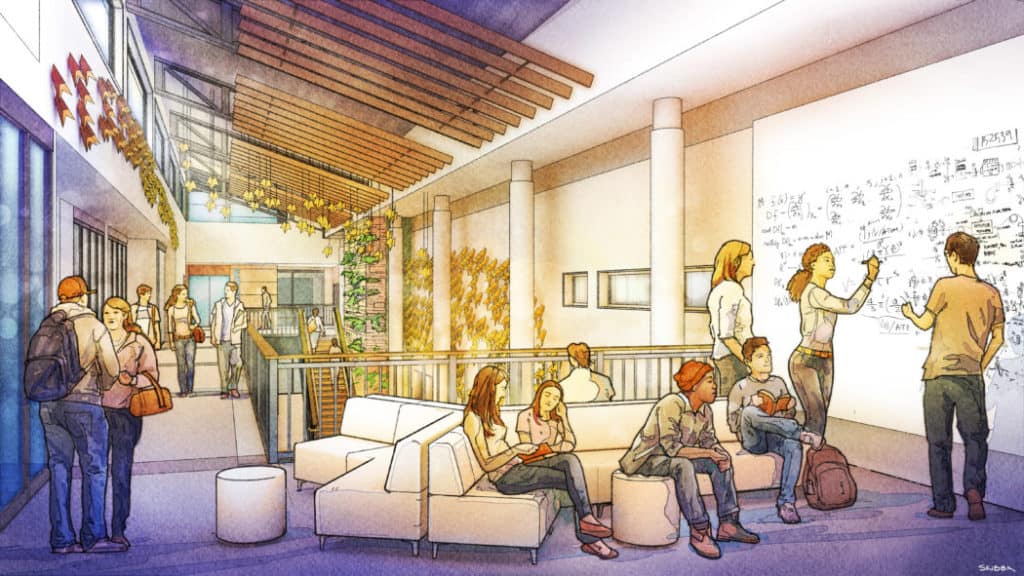 New Haven, CT – Svigals+Partners is currently designing the new Bergami Center for Science, Technology & Innovation at the University of New Haven. The Bergami Center will be the central hub of activity for interdisciplinary collaboration among science students.

The collaborative design applies ideas both from schools and from the high-tech world, including an airy, bright atrium full or art — a place for gathering and informal interaction.

The 40,000sf, three-story innovation hub also feature a fabrication lab, an area for computer analysis, a data visualization lab, and a communications studio. A café, auditorium, and classrooms round out the new building’s offerings. 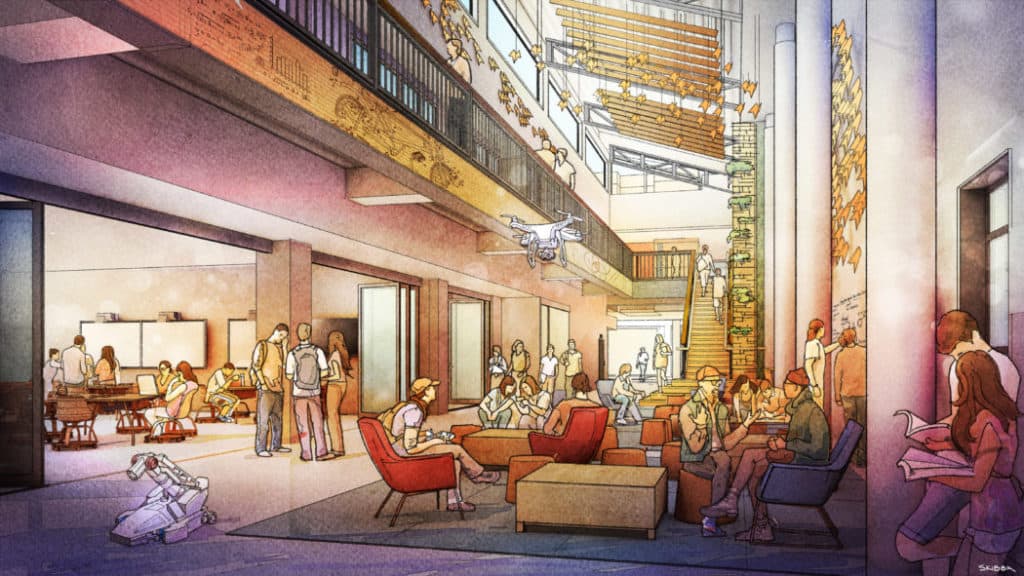 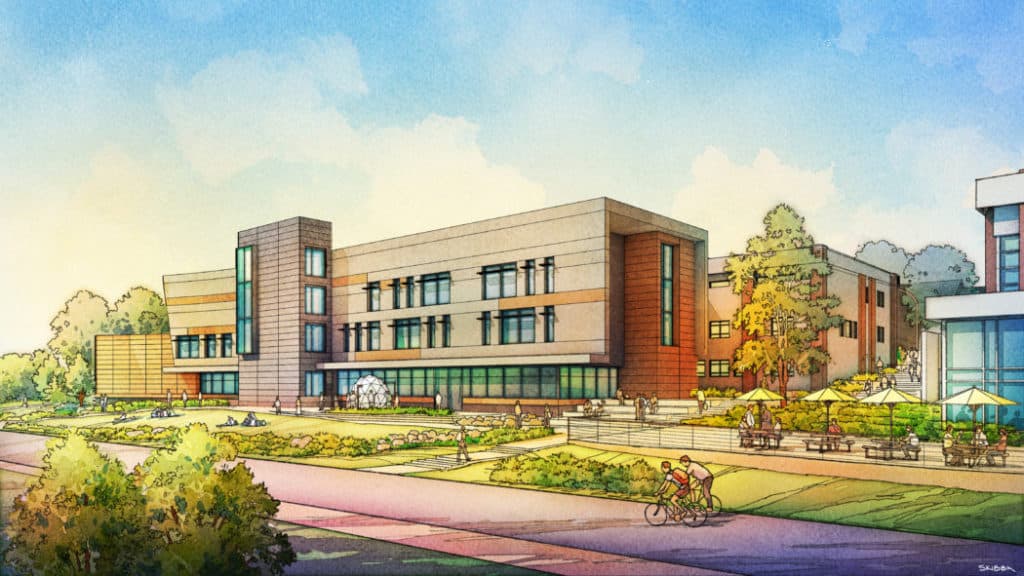 “The design seeks to inspire the kind of productive, collaborative interaction that we have seen lead to breakthrough thinking in institutional, corporate and scientific settings,” says Jay Brotman, AIA, managing partner of Svigals+Partners.